The most affected stretch was earlier repaired after Thursday's landslide but it got damaged again. 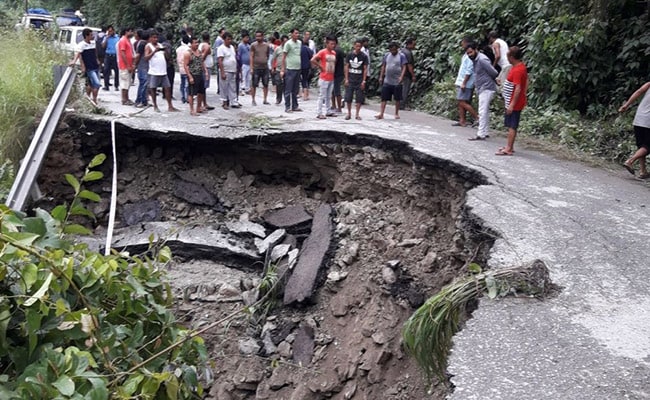 Landslides at three places at Mongpong near Sevok wreaked havoc as a 50 metre stretch caved in on NH-31C and several trees fell on the road.

The most affected stretch was earlier repaired after Thursday's landslide but it got damaged again, according to officials from the West Bengal Public Works (PWD) department.

"Work is going on to clear the road and the damaged stretches need to be rebuilt. It will take two days to resume vehicle movement," an official said.

The landslide-hit NH-10 was partially opened for vehicular movement through a one-way arrangement from Saturday evening after the PWD workers repaired the damaged stretches, officials said.

Following Thursday's landslide, the traffic movement was commenced on NH-10 from Friday evening but Saturday's fresh landslides halted the movement in the morning, they said.