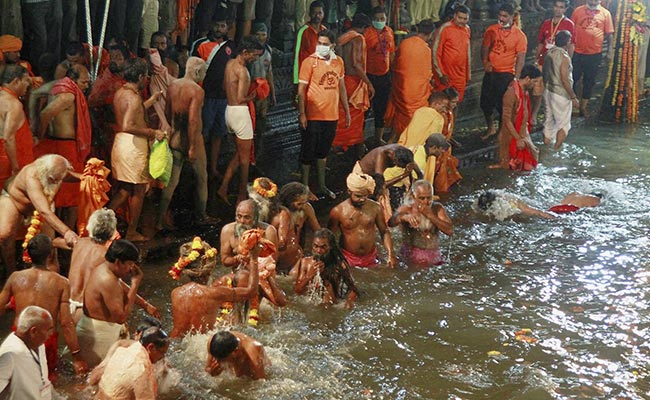 Water for Kumbh Mela should only be used after meeting requirement for other purposes, said High Court

Mumbai: The Bombay High Court today held that water in dams and rivers in Maharashtra should be allocated for Kumbh Mela held at Nashik and other religious occasions only after meeting the requirement for other purposes, as set out in the state's water policy.

Hearing a bunch of PILs, a division bench of justices Abhay Oka and G S Kulkarni said, "At highest, the use of water for Kumbh Mela and other religious purposes will be covered by the last category 'e' (other uses)."

"Therefore, according to the water policy of the state government, if sufficient water cannot be allocated for usages in categories (a) to (d), i.e. drinking, industrial, agricultural and environmental use in that order of preference, there cannot be any allocation of water for Kumbh Mela and religious purposes," the judges said.

The court noted in the 198-page judgement that the National Water Policy of 2012 says that large parts of India have already become "water stressed as the issues related to water governance have not been addressed".

The PILs raised important issues of equitable distribution of water in Marathwada and western Maharashtra and that is why they were heard out-of-turn, the High Court mentioned.

Promoted
Listen to the latest songs, only on JioSaavn.com
There was nothing on record to show that the 'State Water Plan' has been prepared, as mandated by the state's own water policy, the court said, adding that the government has to take appropriate steps for preparing it.

"Needless to add that in case of scarcity or hydrological drought, in view of clause (c) of section 11 of Maharashtra Water Resources Regulatory Authority Act, 2005, water cannot be released from the reservoirs for religious ceremonies without the Regulatory Authority deciding the issue of priority," said the bench.