Abandoned For Centuries, "Haunted" Rajasthan Village Has A Tale To Tell

Once a home to rich Paliwal Brahmins, the "haunted" village was abandoned by its inhabitants because of atrocities committed by a powerful minister of Jaisalmer, Salim Singh. 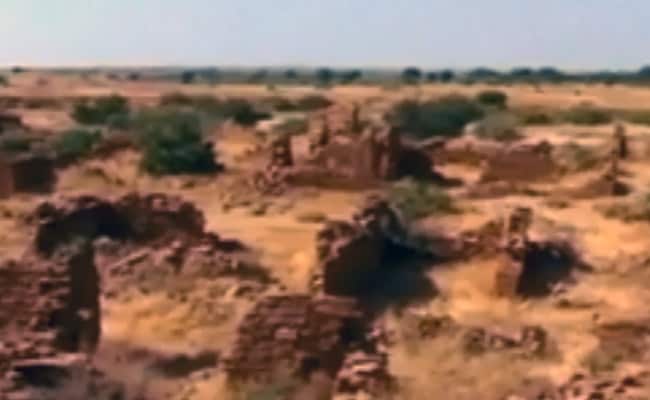 Kuldhara, an archaeological site, is frequented by many tourists (File Photo)

Situated around 18 km south-west of Jaisalmer in Rajasthan, Kuldhara is an abandoned village since the early 19th century.

According to a popularly held notion, the village is now inhabited by ghosts.

Once a home to rich Paliwal Brahmins, the "haunted" village was abandoned by its inhabitants because of atrocities committed by a powerful minister of Jaisalmer, Salim Singh.

"Salim Singh liked a girl from this village and to protect their honour, all residents migrated to some other place in just one night. They just disappeared. God knows where they went," said Suma Ram, an elderly man who lives near the entrance to the village.

He said according to the folklore, the original inhabitants had cursed the village due to which it remained uninhabited.

However, the story of Kuldhara being a haunted village is rejected by him and others connected with it in some way or the other.

"The village has ruins of old buildings and nothing else. Paliwal Brahmins had left this village to protect their honour. This village could not be inhabited ever since," Suma Ram told PTI.

It is commonly believed that the place is possessed by spirits but the old man rejected the theory, saying he had lived there for long and never encountered any such experience.

"These all are just myths. Many visitors ask me about ghosts and I do not know who told them about this. I never encountered any such experience. People say what they like or feel about this place," he said.

Another man who lives there as a caretaker of a cafeteria, claimed that his son and he stayed there day and night but never felt anything unusual about this place.

"People come here with a perception that ghosts live here but we have never seen any such thing. No one lives around this place and this kind of atmosphere creates fear," he said.

Kuldhara, an archaeological site, is frequented by many tourists during the daytime, particularly during the tourist season, which is about to begin.

It has dilapidated houses. Amid the ruins stands a renovated temple. A few houses have also been renovated to give the visitors an idea of the structures there. There is no commercial activity around the area, which is located in the Thar desert.

"It is a nice place to visit. We have heard several stories about this place and it is a matter of personal belief," Rupinder Singh, a tourist from Haryana who came with his friends to see the village, said.