Kulbhushan Jadhav Kidnapped From Iran, No Evidence Against Him, Says India 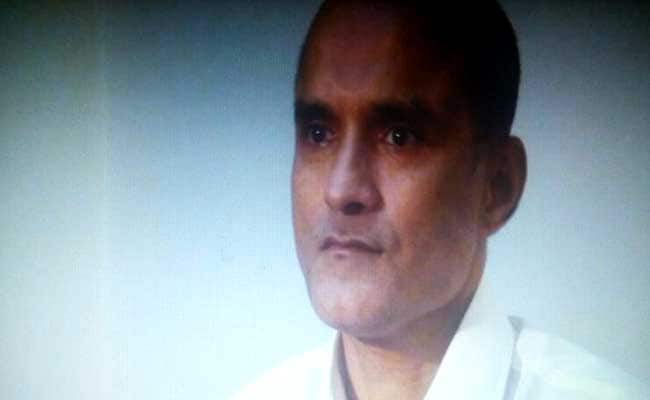 Pakistan said Kulbhushan Jadhav was arrested on March 3 from Balochistan.

New Delhi: Kulbhushan Sudhir Jadhav, a former officer of the Indian Navy, was sentenced to death by a Pakistani military court today. Outraged India said the trial was "farcial" since there was no credible evidence against him.  If the death sentence was carried out, it would be regarded as a "case of premeditated murder", New Delhi said.

Pakistan has claimed Mr Jadhav  was arrested on March 3 from Balochistan, where he was working as a spy for intel agency Research and Analysis Wing or RAW.  In a video released by the Pakistan Army the same month, he was heard admitting it. He also claimed he was an officer of the Indian Navy and will retire in 2022.

India has denied Pakistan's claims and dismissed the video.  Mr Jadhav, New Delhi said, was a former Naval officer, who was running a business in Iran. Today, the foreign ministry said he had been "kidnapped last year from Iran and his subsequent presence in Pakistan has never been explained credibly".

India also said over the last year, it had asked Pakistan for consular access to Mr Jadhav 13 times, but was repeatedly refused. Pakistan, it was said, had also not informed India about Mr Jadhav's trial.

"If this sentence against an Indian citizen, awarded without observing basic norms of law and justice, is carried out, the Government and people of India will regard it as a case of premeditated murder," the statement by foreign ministry said.

In 1990, another Indian national, Sarabjit Singh, had been sentenced to death by Pakistan on charges of spying. His family said he was arrested after crossing the international border in an inebriated state. In 2009, the sentence was commuted to life imprisonment.

Promoted
Listen to the latest songs, only on JioSaavn.com
But in 2013, three months after Parliament attack convict Afzal Guru was executed, Sarabjit Singh was attacked by other prisoners in Lahore's Kot Lakhpat jail. After battling for life for 6 days, he died on May 2.

Today, Sarabjit Singh's sister Daljit Kaur said India should get a stay on the death sentence of Mr Jadhav by appealing to the International Court of Justice, if necessary. "Even if I assume for a minute that Jadhav was an agent, still does he deserve death sentence. There are many Pakistani nationals lodged in our jails who are charged with serious crimes. Does this mean they too should be given the same treatment?" she said.