"Kisan Panchayat" By Priyanka Gandhi In Mathura Postponed To February 23 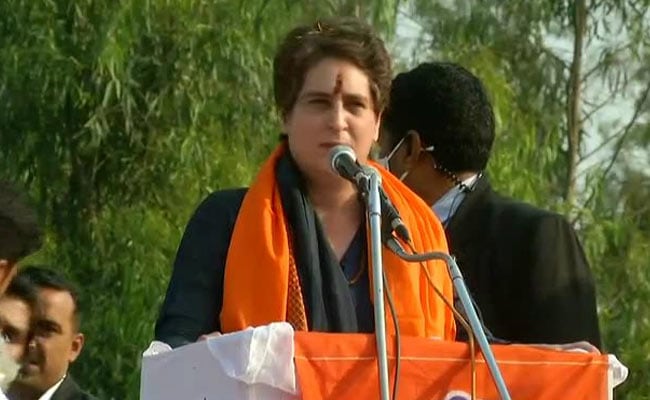 Earlier, Priyanka Gandhi Vadra addressed the Kisan panchayat in the Bijnor district of UP (File)

"Captain Satish Sharma was a dear friend who stood by the family through thick and thin. People of Amethi and Raebareli will always remember him as a people's person who stood by them during difficult times. While expressing her sorrow, Congress General Secretary Priyanka Gandhi Vadra said that she and her family have lost a true friend," the statement added.

Former union minister and Congress leader Captain Satish Sharma passed away in Goa on Wednesday. He was 73. Mr Sharma was Union Minister of Petroleum and Natural Gas from 1993 to 1996.

Farmers have been protesting at different borders of the national capital since November 26 last year against the three newly enacted farm laws: Farmers' Produce Trade and Commerce (Promotion and Facilitation) Act, 2020; the Farmers Empowerment and Protection) Agreement on Price Assurance and farm Services Act 2020 and the Essential Commodities (Amendment) Act, 2020.