After Worst Flood In 100 Years, Kerala To Get Cyclone Warning Centre: IMD

The cyclone centre is expected to come up in another one month, Secretary in the Ministry of Earth Sciences (MoES) M Rajeevan said today. 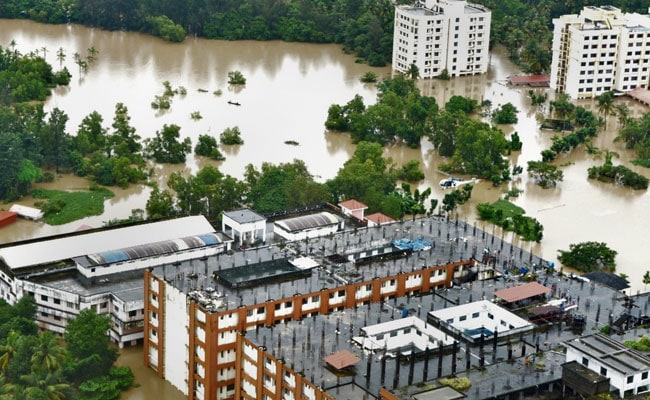 Kerala floods: More than 400 people died during the monsoon season in Kerala

In the wake of tropical cyclones and severe weather events in Kerala and Karnataka coasts, the centre has proposed to set up a Cyclone Warning Centre in Thiruvananthapuram, Secretary in the Ministry of Earth Sciences (MoES) M Rajeevan said today.

The cyclone centre is expected to come up in another one month, he said.

"South India was managed by the Chennai (Met) office. Now, the Thiruvananthapuram centre will cater to the needs of Kerala and Karnataka and it will be equipped with state-of- the-art infrastructure, including forecasting tools, to issue weather warnings and coastal bulletins (for fishermen etc)," he said.

It would further strengthen the present forecasting activity in IMD's existing office in Kerala, Rajeevan said, adding the decision was taken to decentralise IMD's operations in South India.

The east coast is prone to cyclones. Last year, Kerala was hit by Cyclone Ockhi that killed nearly 93 people. The IMD came under severe criticism after the state government alleged that the Met Department did not give adequate warning.

The ministry is also planning to set up another C-Band Doppler Weather Radar at Mangalore by end of 2019 which would cover the northern parts of Kerala, a statement by the MoES said.

At present, there are two Doppler Weather Radars in the state -- at Kochi and Thiruvananthapuram.

With these three radars, the entire state would be covered for monitoring of rainfall and severe weather events, and adequately warn the people well in advance.

The IMD has developed many new models and tools from nowcasts (2-3 hours) to extended range forecasts (15-20 days' lead time).

The MoES is also planning to organise an awareness and training workshop for the state disaster management authorities of all states and other stakeholders by next month, to brief and train them on the new tools and their use for effective decision making.