"The Polish Ambassador proposed a plan to work closely with Delhi in the field of solid waste management and tourism," the statement said. 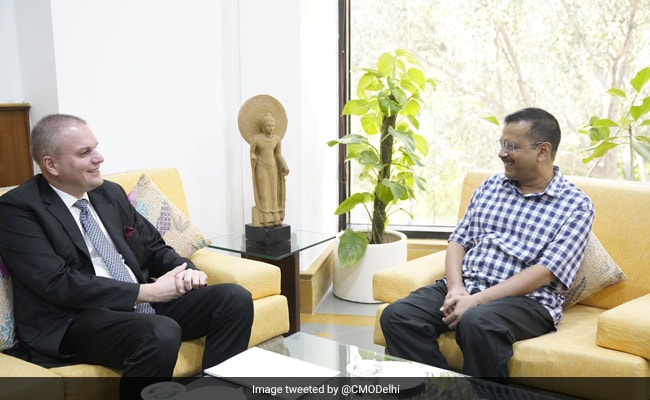 "Had fruitful meeting with the Polish ambassador to India, HE Prof. @Adam_Burakowski," Arvind Kejriwal

The ambassador, who called on the chief minister, praised the "Kejriwal model of governance" and expressed his country's "willingness" to work with the Delhi government during the meeting, a government statement said.

"Had a very fruitful meeting with the Polish ambassador to India, HE Prof. @Adam_Burakowski. Discussed a wide range of issues including possibilities of Delhi's collaborations with Poland on solid waste management as well as in tourism," Mr Kejriwal tweeted after the meeting.

The Delhi government is already working on solid waste management but it will be happy to take Poland's expertise in this field, he said.

"The Polish Ambassador proposed a plan to work closely with Delhi in the field of solid waste management and tourism," the statement said.

The Chief Minister expressed pleasure over the Polish offer and said the Urban Development minister of the Delhi government is looking into the issue.

A discussion can be held in detail between the Minister of Urban Development and the top companies of Poland who specialise in these fields, the statement said.

"We hope that we will be able to clean the solid waste generated in Delhi within the next three to four years and will be able to make Yamuna river pollution free. Interested experts from Poland can share their experiences in this regard with the Minister of Urban Development," Mr Kejriwal said.

The chief minister also suggested the Ambassador of Poland to discuss the matter of cooperation in art, culture and tourism with the in-charge minister of these departments, said the statement.

"I have been following CM Arvind Kejriwal's work since the days of ''India Against Corruption'' and I am very impressed to see his work. At the same time, I am also very impressed by the historic development work being done by the Delhi government under his leadership," the statement quoting the ambassador said.

He also lauded the Chandni Chowk beautification work and development of schools by the Delhi government, the statement said.

He also offered to share solutions to further advance public facilities in Delhi, added the statement.