Kashmir Tense After Civilian Deaths In Army Encounter With Terrorists 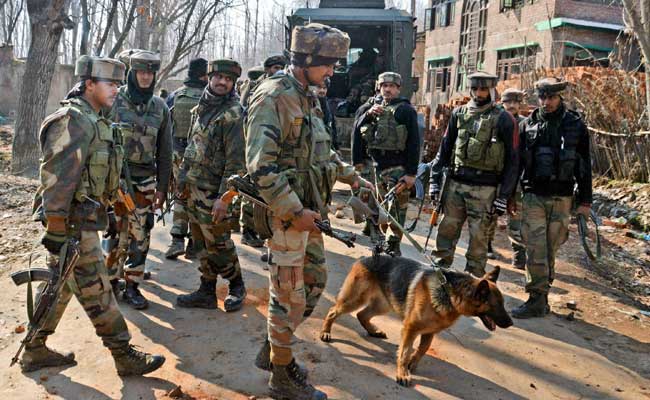 Srinagar: Two-year-old Aleeza's world had come crashing down around her even before she could realise. Her father was killed in an encounter on Sunday in Kulgam between the security forces and terrorists who had reportedly taken shelter in their house. Their house has also been completely destroyed during the gun battle.

Forty-year-old Ishaaq Majeeb Reshi, a daily wage government employee, was among the two civilians killed in the firing that has left dozens injured in the area. "What can we now tell the child? Her loss is irreparable. This is a tragedy," said Ghulam Hasan, Mr Reshi's uncle.

The Army maintained that Mr Reshi was killed by the terrorists, who took him hostage. But the family says they have information countering the claim. Mr Reshi was detained by the security forces on the charge of sheltering terrorists, said one of his family members.

"My two sons were detained at night. One was set free and the other (Mr Reshi) never returned," said Abdul Majid, Mr Reshi's father.

"The terrorists opened fire in which a civilian was killed and two of our soldiers lost their lives," said Brigadier R Chakraborty.

Promoted
Listen to the latest songs, only on JioSaavn.com
The gun battle triggered tension in south Kashmir, after a video showing the security forces shooting at the protesters went viral. The state administration imposed restrictions in Kulgam and Shopian districts, but hundreds turned up at Frisal village to raise money for rebuilding a home for Aleeza.

"We can't bring back Reshi, but we can certainly build a house for the family," said Nazir Ahmad, a villager.