Jammu and Kashmir: The terrorist has been identified as Asif Maqbool Bhat. He was also responsible for shooting at migrant labourer Shafi Aaalm in Sopore, the police said. 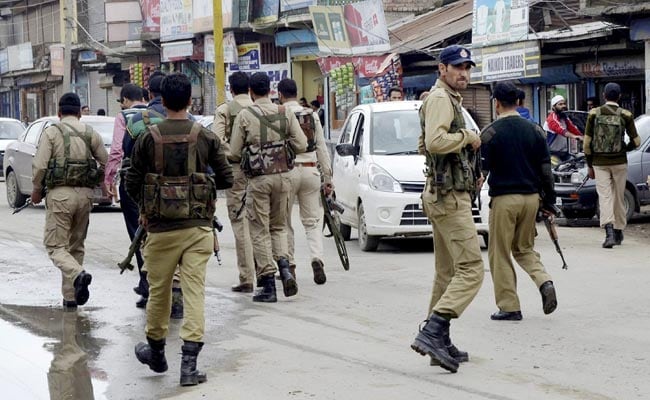 Kashmir: The terrorist was killed in an encounter with security forces in Sopore. (Representational)

A Lashkar-e-Taiba (LeT) terrorist who had last week attacked the house of a fruit trader in Jammu and Kashmir, injuring three people, including a two-year-old girl, has been killed in an encounter with security forces in Sopore district today. The terrorist has been identified as Asif Maqbool Bhat and was also responsible for shooting at migrant labourer Shafi Aaalm in Sopore, the Jammu and Kashmir police tweeted.

The terrorist has been identified as Asif Maqbool Bhat of LeT.He was responsible recent shoot out and injuries to 03 family members of a fruit trader of Sopore The injured also included a young girl.
Was also responsible for shooting at Migrant labourer Shafi Aaalm at Sopore. https://t.co/gsApDbHxlT

"LeT's Asif had created a lot of terror in Sopore. Over the last one month, he was very active. He made use of Over Ground Workers to print posters threatening civilians not to open shops and not to go for their day-to-day activities," said Director General of Police Dilbagh Singh.

\While the injured fruit trader family was out of danger, the two-year-old girl Usma Jan was critical. National Security Adviser Ajit Doval had asked authorities to bring the girl to All India Institute of Medical Sciences (AIIMS) in New Delhi for better medical care. However, her family members had reportedly resisted the move.

"In a merciless act of terrorism, terrorists fired and injured four persons including a baby girl, Usma Jan, at Dangerpora village of Sopore," a police spokesman had said.

The attack was an attempt by Pakistan-backed terrorists to prevent the return of normalcy in the Valley by intimidating the residents.

Top cop Dilbagh Singh on Tuesday said that Pak-sponsored terrorist outfits, Lashkar-e-Taiba, Jaish-e-Mohammed and Hizbul Mujahideen, have been creating pressure on people to not carry out their daily activities.

Blaming the Pakistani Army and its intelligence wing, Inter-Services Intelligence (ISI), for trying to push terrorists into the Indian side of the border, the police officer said that Pakistani agencies ISI and Pak Army have been very active in the state. "They have brought several terrorists along the Line of Control (LoC) and have been making attempts to push them across," Mr Singh was quoted as saying by news agency ANI.

Earlier on Monday, eight Lashkar-e-Taiba terrorists, who were involved in threatening and intimidation of locals, were arrested in south Kashmir.

The eight arrested are accused of preparing the threat posters and circulating them in the locality. The terrorists were identified as Aijaz Mir, Omar Mir, Tawseef Najar, Imitiyaz Najar, Omar Akbar, Faizan Latief, Danish Habib, and Showkat Ahmad Mir.

Thousands of security forces are keeping a vigil across Jammu and Kashmir, with extra forces posted in the Valley over the past month to prevent any protests or clashes over the centre's decision to end special status to the state and split it into two union territories.

Phone and internet lines were blocked and top political leaders, including former Chief Ministers, are under arrest.