The Karnataka Twist: Why BJP Leadership Asked Yeddyurappa To Quit

BS Yeddyurappa resigned moments before facing a floor test in Karnataka. Till yesterday, he had said he was confident of winning it. 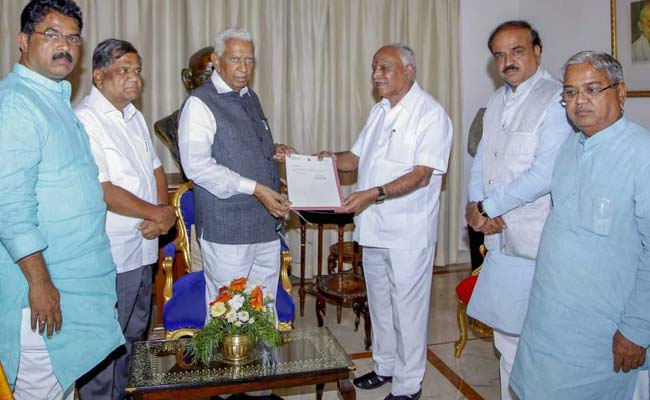 New Delhi: Moments before the trust vote in Karnataka on Saturday, there was a surprise resignation. "I will not face the confidence vote, I am going to resign," said the BJP's BS Yeddyurappa, in an emotional speech before walking out of the assembly to submit his resignation to Governor Vajubhai Vala, the man who has drawn much criticism for inviting him.

Mr Yeddyurappa, who took over as chief minister on Thursday, had maintained till Saturday that he was "100 per cent sure of winning" the trust vote. So had central BJP leaders like Prakash Javadekar and Ananth Kumar.

The Congress and the Janata Dal Secular, however, accused the BJP of trying to bribe or threaten their lawmakers before the test of strength. Since yesterday, three audio tapes have been released by the Congress as "proof" of these attempts by leaders including, allegedly, Mr Yeddyurappa.

Till an hour before the Supreme Court-ordered floor test, there was also commotion over two Congress lawmakers who were missing from the assembly in the morning. The Congress alleged that they had been "held captive" by BJP legislator Somasekhara Reddy, who was also missing.

Sources say the BJP leadership in Delhi "did not want any taint" on the party in an election year.

The BJP has 104 lawmakers - 103 after one member was made interim speaker for Saturday - which was eight short of the majority mark.

How would the party make up the numbers? There was no good answer to the question even when the BJP fought for more time at the Supreme Court yesterday. 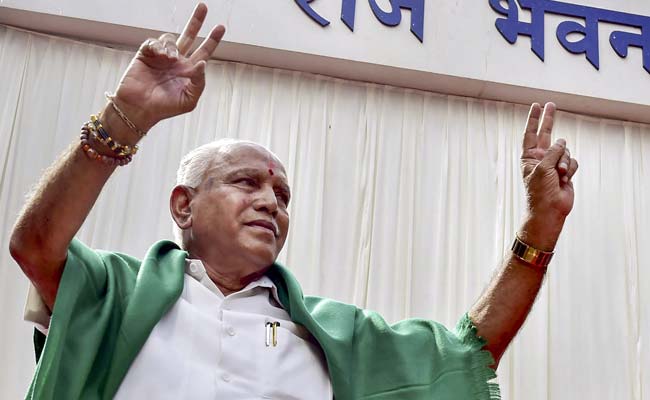 After swearing in as chief minister, BS Yeddyurappa was confident that he would win the floor test.

Mr Yeddyurappa had been given 15 days to prove his majority. Acknowledging concerns about subversive means to draw in lawmakers from the opposition, the court yesterday ordered the BJP government to take a trust vote on Saturday.

The Supreme Court order and the implication of "horse-trading" was an embarrassment to the BJP.

Promoted
Listen to the latest songs, only on JioSaavn.com
Sources say the party knew Mr Yeddyurappa would not get the numbers, and was increasingly discomfited about winning a trust vote under the circumstances and wanted to salvage some moral high ground. The message went to Mr Yeddyurappa this morning, say sources. When the Supreme Court said live streaming was the best way to ensure transparency, preps started for a dramatic "resignation speech", just before the trust vote.

In 1996, former Prime Minister Atal Behari Vajpayee had also resigned just before a trust vote in parliament, after delivering a landmark speech.

Bihar Makes Covid Test Must For Those Visiting During Diwali, Chhath