The viral video shows councillor Chandri Naik falling down even as cops intervene. 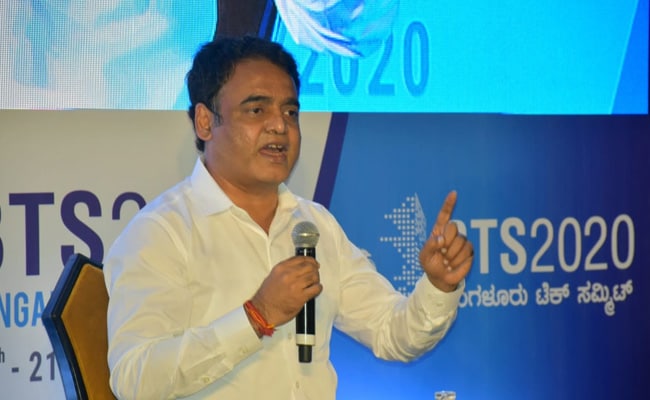 A woman BJP councilor in Karnataka has filed a police complaint about a November 9 incident during which she fell down after being surrounded by a party legislator and his supporters in north Karnataka's Bagalkote following her threat to vote for the rival Congress party.

The video of the incident, widely shared on social media over the past few days, shows Ms Naik falling on the steps as she tried to climb up, even as the police try to break up the situation.

The incident took place during the November 9 municipal elections which Ms Naik had reportedly wanted to contest, the police said. When denied a BJP ticket, she is said to have indicated voting for the Congress instead, fuelling anger among party colleagues, they said. The video shows the BJP MLA from Terdal, Siddu Savadi, trying to obstruct Ms Naik. No action has so far been taken against Mr Savadi.

Karnataka Deputy Chief Minister Dr Ashwath Narayan indicated that the fight may have occurred between those who were allegedly trying to take Ms Naik away to the Congress side and those trying to hold her back in the BJP.

"There was no other intention. They were trying to ensure that our party member was not being taken away by the Congress," D Narayan told NDTV.

The Supreme Court had on October 29 given the nod to hold the Karnataka local body elections but restrained the State Election Commission from declaring the results.