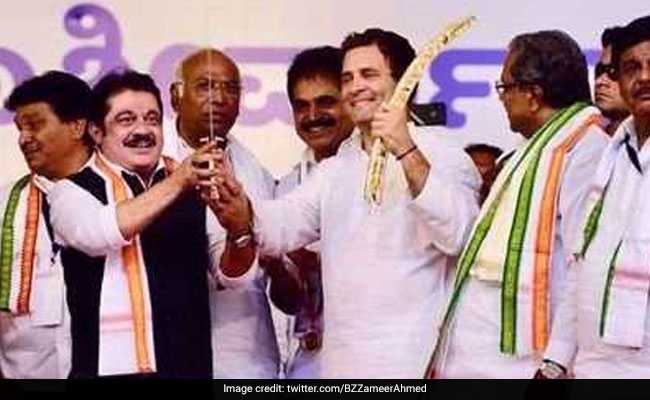 Mr Khan, MLA from the Chamarajpet constituency in the city, had appeared before the ED multiple times.

According to ACB officials, the searches were carried out at his residence near the Cantonment Railway station, a flat in Silver Oak Apartments, a guest house at Sadashivanagar, GK Associates office at Banashankari, and the National Travels office in Kalasipalya here.

"Multiple teams of the ACB are involved in the raids since this morning. The ACB teams are verifying the documents and the investigation is on," an ACB official said.

Mr Khan, a four-time MLA, has served as the food and civil supplies minister in the HD Kumaraswamy government for over a year from June 2018.

In August last year, the ED raided the house of Mr Khan and another former minister R Roshan Baig, allegedly in connection with the IMA Ponzi scheme worth Rs 4,000 crore in which thousands of people, mostly Muslims, were duped of their hard-earned money.

Mr Khan, MLA from the Chamarajpet constituency in the city, had appeared before the ED multiple times.

The Congress on Tuesday termed today's raid an attempt to divert public attention from the police sub-inspectors recruitment scam in which an Additional Director General of Police Amrit Paul, who was heading the recruitment division when large-scale irregularities took place, has been arrested.

"I feel the raids were carried out to divert public attention because the ACB is under the control of the Chief Minister. There is no connection between the ACB and the Enforcement Directorate," former Chief Minister and Leader of Opposition Siddaramaiah told reporters.

Meanwhile, a large number of Congress workers staged a demonstration near Mr Khan's residence at Bamboo Bazaar here protesting against the raids.