Kangana Ranaut was hit on head by a sword and needed 15 stiches. Doctors said that the injury may leave a scar 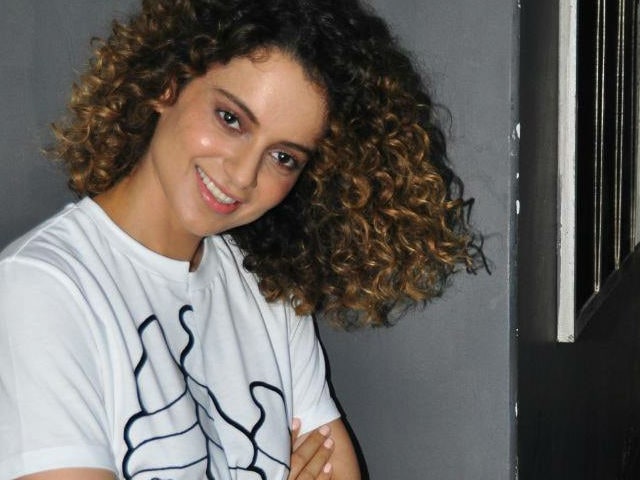 New Delhi: Actress Kangana Ranaut was severely injured while shooting for a sword-fight scene for her upcoming film Manikarnika: Rani Of Jhansi, a biopic on Rani Laxmibai, reports news agency PTI. "I am a bit embarrassed to be thrilled to have a battle scar on my face. Also, people from my team have been telling me that it's like that Peshwa teeka that Manikarnika wore. It's a bit dramatic but I am excited that my face was covered in blood and I got a genuine and authentic glimpse of the Queen's life," Kangana Ranaut, 30, said in a statement, reports PTI.

Manikarnika producer Kamal Jain told mid-day that Kangana was hit by a sword between her eyebrows on Wednesday evening and was rushed to a nearby hospital immediately. "Kangana had to duck when Nihar (her co-star Nihar Pandya) attacked her, but the timing went wrong and Nihar's sword hit her forehead instead. It made a deep cut between her eyebrows. The drive to the hospital took a good 30 minutes, but she put up a brave front despite the pain and bleeding. Nihar was apologetic and felt terrible, but Kangana pacified him," he said. Kangana has been shooting for the Krish-directed film in Hyderabad's Ramoji Film City for a week.

Kangana had rehearsed for the scene several times before the actual shooting and refused to use a stunt double for the tricky action sequence. "She got 15 stitches on her forehead and will be under observation in the hospital for a few days. The examining doctor said that it was a close shave for her because the cut was too close to her bone," a source from the film's unit told mid-day.

Promoted
Listen to the latest songs, only on JioSaavn.com
Action director Nick Powell, who has to his credit films like The Last Samurai, X-Men: The Last Stand and The Bourne identity) is choreographing the stunts for Kangana's film. Nick Powell has also worked in Shankar's 2.0, starring Rajinikanth and Akshay Kumar. Manikarnika: Rani Of Jhansi also stars television actress Ankita Lokhande and actor Ali Fazal.