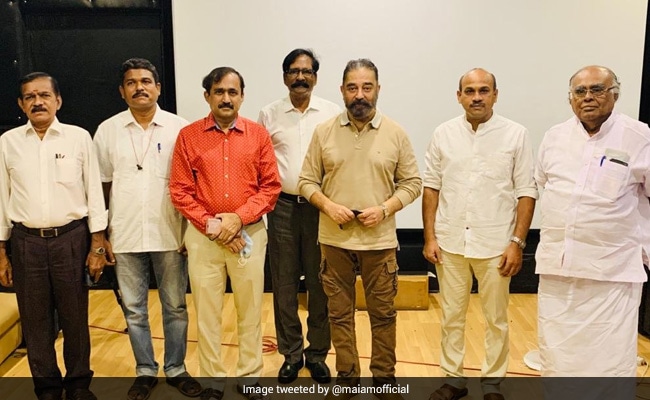 The changes come in the wake of a spate of resignations, including then vice president R Mahendran, after the elections where the party, along with its allies, could not return even a single legislator.

"More such appointments will be made in the days to come. The newly appointed state secretaries have represented the party in the 2021 TN State Assembly elections," the statement quoting Mr Haasan said.

The Party President shall take the additional responsibility of General Secretary of MNM, it added.

The appointments come in the wake of an exodus in the party following its poor show in the April 6 polls, with then close confidant of Mr Haasan, R Mahendran, calling it quits from the organisation blaming lack of democracy.

Mr Haasan had earlier announced that he will take measures to strengthen the party.

Veteran politician Pala Karuppiah and former aide of ex-President, the late APJ Abdul Kalam, Ponraj Vellaisamy have been appointed political advisors while A G Mourya and Thangavelu are vice presidents, Organisation and Implementation and Activation, respectively.

"Join me in welcoming these new appointees who have dedicated their life to serving the people. They will work with you to strengthen the party. Cooperate with them to the fullest. The Local Body elections are coming soon, we must get ready to face it," Mr Haasan added.