The INS Sahyadri was deployed in the South China Sea and Pacific Ocean for over four months, which included representing the Navy in multinational exercises MALABAR 18 at Guam and RIMPAC 18 at Hawaii. 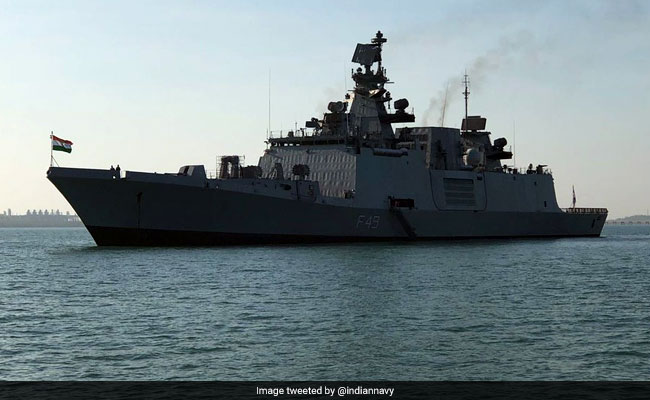 INS Sahyadri entered the Port of Darwin in Australia to take part in a maritime exercise, Kakadu

Indian Naval Ship Sahyadri entered the Port of Darwin, Australia, on Wednesday to take part in a multilateral maritime exercise, the Indian Navy said in a statement on Thursday.

The ship was deployed in the South China Sea and Pacific Ocean for over four months, which included representing the Navy in multinational exercises MALABAR 18 at Guam and RIMPAC 18 at Hawaii.

It is held biennially in Darwin and the Northern Australian Exercise Areas (NAXA). Exercise KAKADU derives its name from Kakadu National Park, which is a protected area in the northern territory of Australia, 171 km south-east of Darwin.

KAKADU 2018, the fourteenth edition of the exercise, is scheduled between August 29 and September 18 and would see participation from 23 warships, one submarine, 45 aircraft, 250 marines and approximately 52 foreign staff from over 25 different countries, the statement said.

"Indian Navy's participation in KAKADU-18 provides an excellent opportunity to engage with regional partners and undertake multinational maritime activities ranging from constabulary operations to high-end maritime warfare in a combined environment, aimed at enhancing inter-operability and development of common understanding of procedures for maritime operations," it said.

During the exercise, professional exchanges in harbour and diverse range of activities at sea, including complex surface, sub-surface and air operations would enable sharing of best practices and honing of operational skills.