Kaala First Look: Rajinikanth's Gangster-Like Swag Is Off The Charts

Kaala First Look: Kaala will mostly be filmed in Chennai and will have music composed by Santhosh Narayanan. Kaala marks yet another collaboration between Rajinikanth and Pa.Ranjith after Kabali 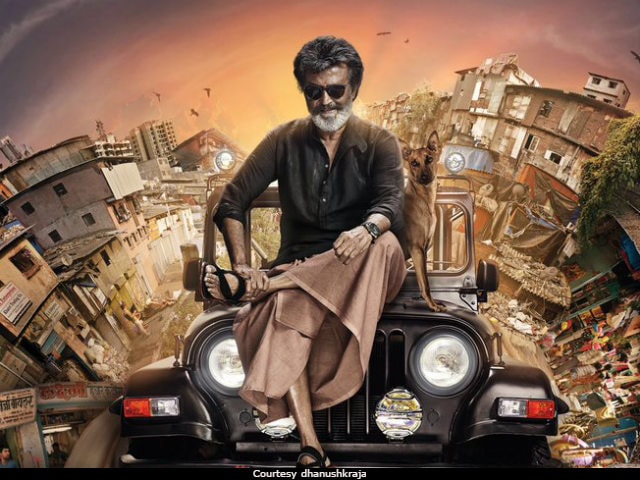 New Delhi: It's here! The first posters of Rajinikanth's next film Kaala have been unveiled by Dhanush and has already taken Twitter by storm. Without much ado, you should know that Rajinikanth features in his signature Kabali like persona - the only difference being that his background features a 360 degree view of a slum. In one of the posters, Rajinikanth features a fierce expression - the kind only he can pull off. On Twitter, the Thalaivar's first looks from Kaala are already being compared to his 1995 film Baasha and of course, gangster drama Kabali. "More ruthless, more attitude, more Rajinikanth," highlighted a fan. All we can say is, true that! While much about the film is not known, Dhanush revealed that Rajinikanth stars as Kaala Kaarikalan in the Pa.Rajnith-directed film.

Here we go !! The biggest of them all .. #superstar Rajinikanth's #kaala first look pic.twitter.com/G9T6r3JtiS

"Kaala has arrived. Pulsating," wrote a fan while another tweet read "Thalaivar in very own local style, wishes for a huge success. First look rocks." Some are even sharing the posters with the tag "Neruppuda," which is a song from Kabali, was made popular during the 2016 film's release and translates into 'on fire.' Here's what Twitter has to say:

Woah ! Thalaiva is back with some serious action again #KaalaFirstLook#Thalaiva#Rajnikanthpic.twitter.com/hY5IqTKBxf

Dhanush, who is married to Rajinikanth's daughter Aishwaryaa and also produces the film, revealed the title today:

Wunderbar films presents .. superstar Rajinikanth in and as #thalaivar164pic.twitter.com/rUrMWCYNkJ

Promoted
Listen to the latest songs, only on JioSaavn.com
Actress Huma Qureshi has reportedly been roped in to play Rajinikanth's love interest in the film. Kaala will mostly be filmed in Chennai and will have music composed by Santhosh Narayanan. Kaala marks yet another collaboration between Rajinikanth and Pa.Ranjith after Kabali. The megastar's new film will reportedly go on floors from Sunday.

Meanwhile, Rajinikanth will next be seen in Shankar's 2.0, in which he reprises the roles of Dr Vaseegaran and his robot Chitti. Akshay Kumar plays the main antagonist, Dr Richards. After several rescheduling, the Republic Day weekend of 2018 has finally been zeroed in for the release of 2.0.