Justin Bieber was always spotted with Salman Khan's chief aide Shera, who was in charge of his security in India 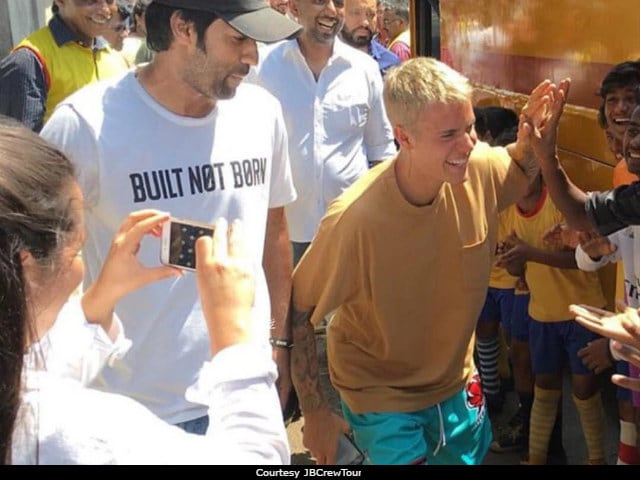 New Delhi: Justin Bieber wrapped the much-awaited Mumbai concert with a power-packed performance to one of his most popular tracks, Sorry, and with the promise to be back in India. Wednesday's Bieber concert was his debut gig in India, about which the 23-year-old singer made a confession - "Tonight's turning out to be one of the best nights of my life." The pop sensation arrived in India in the dark of Tuesday night and followed a jam-packed schedule throughout the day. He was always spotted with Salman Khan's chief aide Shera, who was in charge of his security in India. Fans also kept a close watch on the star's whereabouts and shared pictures on social media. The Baby singer was truly left impressed with a taste of the Bieber-Fever in India. Meanwhile, here's what he did all day ahead of his concert.

Justin Bieber checked-in at Mumbai's Kalina airport at 1:30 am on Wednesday with Shera helping him navigate the VIP lounge at the airport. Dressed in signature style, Bieber was spotted in a pink hoodie and shorts, holding a bouquet of flowers at the private terminal. Almost immediately, Bieber was welcomed by a cheering crowd waiting outside for a glimpse of the pop sensation. He was driven to St Regis in Lower Parel, in his favourite vehicle, a Rolls Royce, where a customised suite awaited his arrival. Bieber's 100-plus member entourage were stationed in two hotels with the floors occupied by them being off-limits for other guests. Dubai was his last stop before Mumbai. 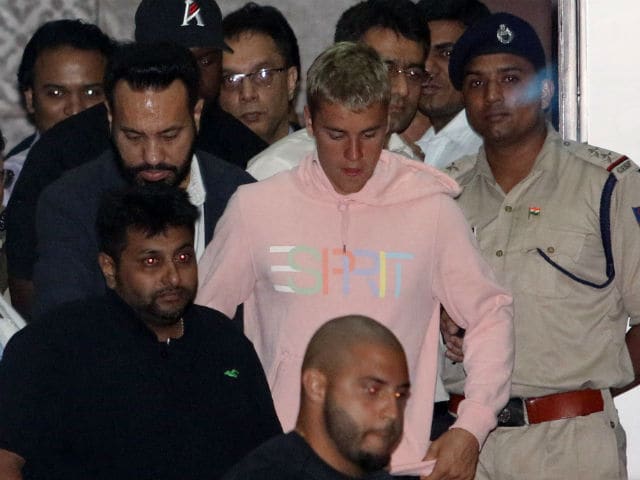 Fans and followers were excited beyond limits to have Bieber in India and made every effort to spot the singer in Mumbai - this lead to Bieber being photographed picking take-out coffee from what looks like a Starbucks outlet in Vashi. This time, the singer was spotted in a yellow tee and shorts.

(11) Another video of Justin Bieber spotted out in India today. (May 10) pic.twitter.com/t3OEQjENPa

(7) Another photo of Justin Bieber spotted out in India today. (May 10) pic.twitter.com/fgliQPdQeY

A Visit To The Slums Of Mumbai, Checked:

Later in the day, Justin Bieber paid a visit to the slums of Mumbai, where he was spotted interacting with the underprivileged children. Fan clubs shared videos and photographs, a glimpse of which shows Bieber going on his knees to interact with the children. He was also spotted waring a garland while shaking hands and high-fiving his little fans inside a bus.

(8) Another photo of Justin Bieber spotted out in India today. (May 10) pic.twitter.com/EFT9MomgCK

(2) Another video of Justin Bieber spotted out in India today. (May 10) pic.twitter.com/Y9s0KWQQk6

All Over Mumbai Streets:

Sometime in between, Bieber was also spotted being driven around on the streets of Mumbai. He was undeterred by the amount of attention Mumbai had in store for him and enjoyed every bit of it. Unexpected as it is, considering his celeb-status, his car windows were open and he continued to wave at fans on the streets and those who followed.

(4) Another video of Justin Bieber spotted out in India today. (May 10) pic.twitter.com/97FJ7fva9k

Promoted
Listen to the latest songs, only on JioSaavn.com
Justin Bieber was spotted on stage a little later than 8 pm, as was scheduled. Moments after he was choppered to Mumbai's DY Patil Stadium, he kick-started his debut gig in India delving into hit tracks like Where Are You Now and Get Used To It. Mark My Words is the first song he performed while drew the curtain with Sorry - in between, there were fireworks, a guitar rendition of Dark Waters, and a crowd-pleasing performance to Baby, the song responsible for all the Bieber-Fever.

(24) More photos of Justin Bieber onstage performing at the #PurposeTour in Mumbai, India. (May 10) pic.twitter.com/ZwuJx5B1VE