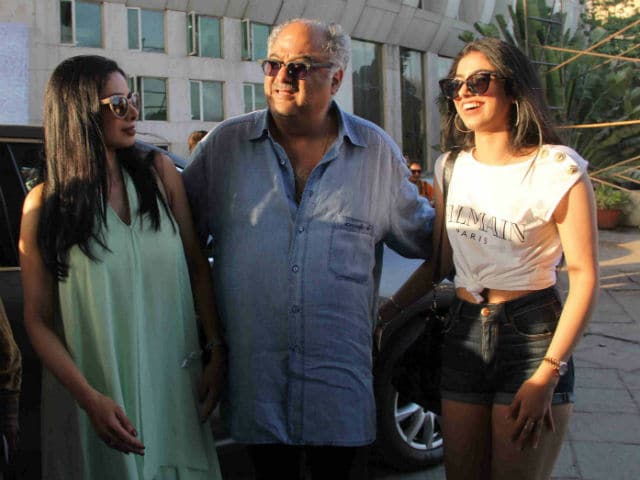 Sridevi was accompanied by Boney Kapoor and daughter Khushi

New Delhi: International pop sensation Justin Bieber performed at the D Y Patil Stadium in Mumbai as part of his Purpose Tour and the entire country went crazy about his maiden performance. Other than the general public, several Bollywood celebrities like Alia Bhatt, Sridevi, Maliaka Arora, filmmaker Ayan Mukerji, Dia Mirza, Sonali Bendre and Arjun Rampal took time off their busy schedules to attend the 23-year-old singer's gig. Actress Raveena Tandon was also spotted singing Justin Bieber's popular song Sorry along with a bunch of children. Justin Bieber's maiden concert in India was attended by over 45,000 fans. Here are some of the celebrities whom we spotted entering the venue. 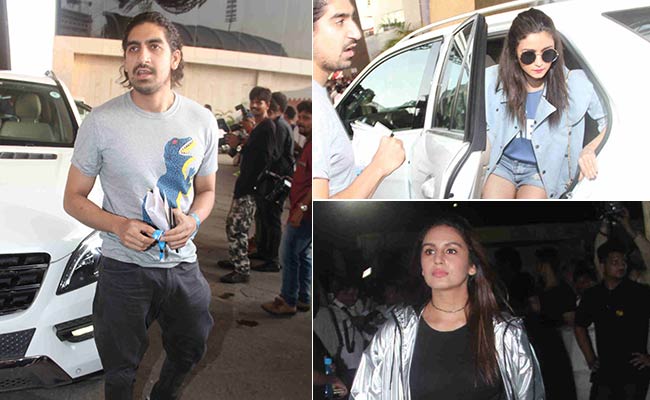 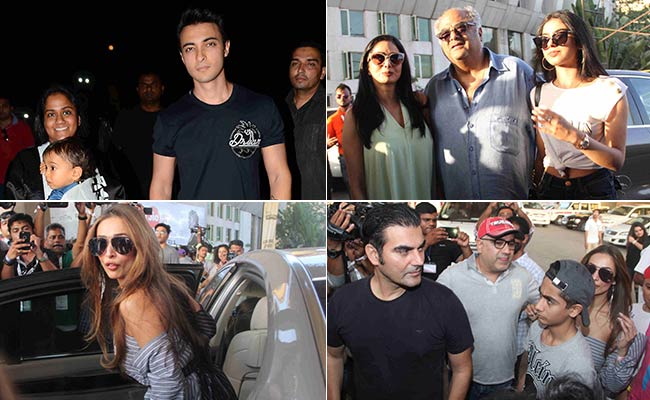 Dia Mirza and Sophie Choudry clearly couldn't contain their excitement ahead of Justin Bieber's performance. The elated actress' shared the news with their fans and followers on Twitter. See their posts below:

Did I choose 'purpose' because @justinbieber is in town #SubliminalInfluence#Purposehttps://t.co/ohU6kjwb9u

Was meant to be on a flight to Sydney. But have a new "Purpose" & so does someone else #JustinBieberIndia@justinbieber#PurposeTourIndiapic.twitter.com/EdNkUbFzQi

#throwback to Monaco last year! Told him he has millions of fans in India! Welcome to #Mumbai... https://t.co/m8mpvqKHOo

Arjun Rampal also posted a picture of himself with his daughters - Myra and Mahikaa on social media and captioned it as: "Making memories. #mahikaa #myra #arjun this car just got crazy. #anythingformygirls."

Pictures of celebrities attending the Justin Bieber gig are circulating on social media. Take a look at some of them here:

Promoted
Listen to the latest songs, only on JioSaavn.com
Alan Walker, DJ Zaeden and Sartek performed the opening act at Justin Bieber's concert. Justin Bieber was supported by a group of 25 dancers. His performance comprised of songs like Baby, Boyfriend, What Do You Mean? and Get Used To It.