After Justin Bieber, Prepare To Welcome Ed Sheeran. Here's When 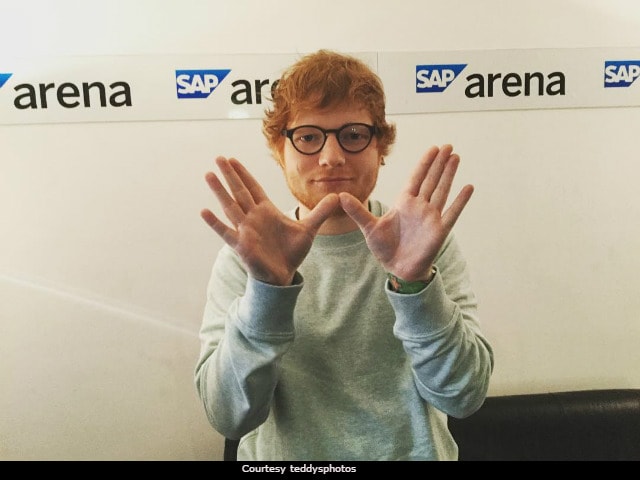 Ed Sheeran will perform in Mumbai in November (courtesy teddysphotos)

New Delhi: After Justin Bieber's debut concert in India, it is Ed Sheeran who is all set to perform in India. The Thinking Out Loud singer has a very busy schedule with his upcoming tour kicking off in three days from now. Ed Sheeran will take his entourage across continents throughout this year, arriving in Mumbai on November 19, revealed a new report on his official website. Earlier, the 26-year-old pop singer was supposed to wrap his Asia tour with a performance in UAE, Dubai, where his colleague, Justin Bieber, performed ahead of his Mumbai visit. The change in Ed Sheeran's roster for the world tour arrives on the day of the much-awaited Justin Bieber concert in Mumbai.

Extra shows have also been added to Ed Sheeran's world tour with additional performances in Tokyo, Hong Kong, Manila, Bangkok, Kuala Lampur and Dubai. Ed Sheeran's concert in Mumbai is scheduled for a Sunday and will be followed by one in Dubai on November 23. Meanwhile, Ed Sheeran's India debut will be preceded by a show in Bangkok.

Promoted
Listen to the latest songs, only on JioSaavn.com
Ed Sheeran has contributed to Justin Bieber's popularity - he wrote the song Love Yourself for Bieber, which went on to become crazy popular. Ed Sheeran has also performed his own rendition of Love Yourself at several concerts.

Meanwhile, Justin Bieber performed at D Y Patil Stadium in Mumbai on Wednesday. Justin Bieber's performance included songs like Baby, Boyfriend, What Do You Mean?, Get Used to It, Company and No Pressure.