Bollywood actor Juhi Chawla sought to know whether the Centre, which is implementing 5G to achieve the objectives of Digital India, has done enough research on the new technology. 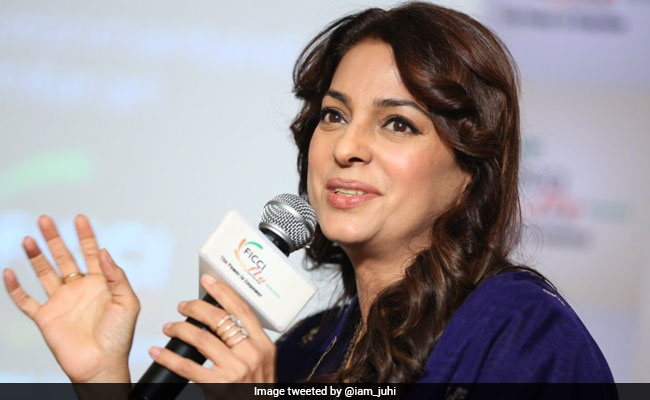 She sought to know whether the Centre, which is implementing 5G to achieve the objectives of Digital India, has done enough research on the new technology.

The actress-cum-movie producer has written a letter to Maharashtra Chief Minister Devendra Fadnavis, cautioning against the health hazards due to EMF (electromagnetic) radiation from mobile tower antennas and WiFi hotspots.

"Many well-known national and international scientists, epidemiologists and technical professors have mentioned about adverse effects of radiofrequency radiation on human health," she stated in her letter.

Ms Chawla, who runs the project 'Citizens for Tomorrow' to raise awareness about environment, said the Centre has "blindly" started working on implementing 5G technology to achieve the objectives of Digital India.

Speaking to PTI, the 50-year-old actress said the government is implementing 5G mobile technology for better speed and network but is "blatantly ignoring" the harmful effects of radiation on human health.

"Various international scientists are against the introduction of 5G and there are studies that indicate harmful effect (of radiation) on health. This is a matter of concern," she said.

Ms Chawla sought to know whether adequate research was done on 5G technology.

In her letter, the actress claimed mobile tower antennas are installed on buildings by ignoring the Department of Telecommunication guidelines.

"In addition to this, a web of WiFi hot spots has been set up throughout the city. The radiation network has surrounded us 24x7, affecting our health," she stated.

However, city-based environmentalist Debi Goenka said the impact of cell phone radiation has been studied extensively by the industry. All these studies have said there is no adverse impact of radiation on human health.

Promoted
Listen to the latest songs, only on JioSaavn.com
"However, there are several instances where people exposed to radiation have experienced health problems. In such a situation, the best way forward is to follow the precautionary principle approach, and reduce the intensity of radiation even though this may add to industry costs," said Mr Goenka, Executive Trustee, the Conservation Action Trust.

"I personally use headphones whenever I use my mobile, and I would advise all of you to do the same. The only thing out of our control is the location of cellphone towers. These have to be in locations that will minimise the continuous exposure of radiation to the public," Mr Goenka said.
Comments
Juhi Chawla5G technologyDevendra Fadanavis