"As I was trying for Tatkare's sound byte, PWC functionary Jayant Patil arrived with his supporters and slapped me without any reason," alleged the journalist 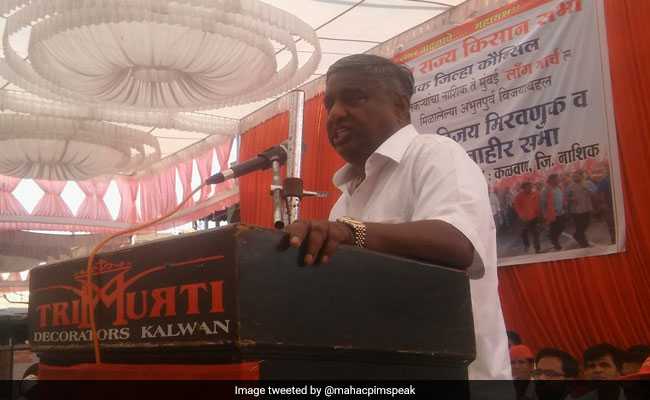 A journalist was allegedly slapped Thursday by PWP leader and MLC Jayant Patil at an election counting centre in Alibaug in Raigad district of Maharashtra.

Jayant Patil is the general secretary of the Peasants and Workers Party (PWP), which has a strong base in Raigad district.

The incident occurred in the lobby between the media centre and the poll counting centre when the journalist, Harshad Kashalkar, was attempting to interview NCP's winning candidate Sunil Tatkare who has defeated Union minister Anant Geete of the Shiv Sena.

"As I was trying for Tatkare's sound byte, PWC functionary Jayant Patil arrived with his supporters and slapped me without any reason," alleged Mr Kashalkar.

The journalist claimed that supporters of Jayant Patil tried to attack him but he was saved by timely intervention of police personnel and other journalists present at the spot.

Mr Kashalkar said he has lodged a complaint against Mr Patil with local police and the Election Commission.

When contacted, Raigad Superintendent of Police Anil Paraskar said the incident occurred after the legislator entered the counting centre to congratulate Tatkare.

On the complaint of the journalist, the process of registering an offence is on, he said.

On the complaint of Sub-Divisional Police Officer (SDPO), another case will be register against the MLC and his supporters for violation of guidelines of the election commission by entering the counting center without authorised entry pass, an official said.

Journalists association of Alibaug has condemned the incident.