Jawaharlal Nehru University student Umar Khalid said he was shot at this afternoon at the Constitution Club near parliament, an area that has turned into a high-security fortress ahead of the Independence Day. The attacker managed to escape, said Mr Khalid, who is unhurt.

Mr Khalid told NDTV that a man came from behind, punched him and pushed him to the ground. "I was coming back from a tea-stall and was at the gate of the Constitution Club when I was attacked. He had a pistol. I kept holding his hand to stop him from firing. He ran to the other side and fired. My friends overpowered him but he escaped," he said.

The police have registered case of attempt to murder against unknown persons and said they has enough clues against the attacker. "The culprit will be arrested soon," a senior officer said.

In June, Umar Khalid had filed a complaint with the police, saying he had received death threats from gangster Ravi Pujari.

This afternoon, the student leader had gone to the Constitution Club to speak on mob lynchings at an event -- "Khauff Se Azaadi", held by an organisation named 'United Against Hate' -- when he was attacked.

It was ironic, he said, that he was attacked in the national capital when he was supposed to talk on lynchings. "I don't know who they were. The message is clear that you should live in fear, that you can be killed anytime if you speak against the government. Gauri Lankesh, Narendra Dabholkar and Govind Pansare were killed. Dr Kafil Khan's brother was attacked. We are raising our voice, what's wrong with that," he told NDTV and said he will file a complaint. 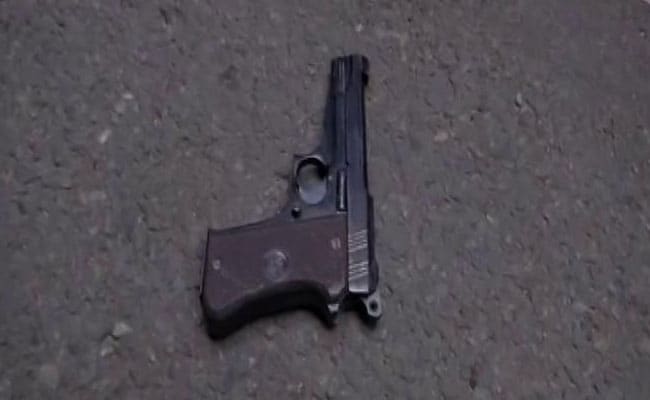 The attacker fled leaving the pistol behind as people rushed to catch hold of him.

The police are trying to verfiy the sequence of events. "It is being verified. He says he was attacked. Somebody pounced on Umar Khalid and pushed, thereafter he tried to fire at Khalid. But the person immediately couldn't fire. People started chasing him thereafter according to Khalid the attacker fired in the air," said senior police officer Madhur Verma.

After the attack, fellow JNU student and activist Shehla Rashid said she was shocked and worried. "Shocking and highly condemnable. I spoke to Umar. He's okay, but we should be very very worried about his safety," she tweeted.

Wage a motivated hate campaign against individuals & sooner or later someone will feel emboldened enough to take the law in to their own hands. The attack on @UmarKhalidJNU is the direct result of the relentless hate campaign using both social & mainstream media. Glad he's well.

The Congress has also condemned the attack and said "there is no place for violence in a democratic society".

Dalit leader and Independent lawmaker from Gujarat Jignesh Mevani, who also alleged in June that he received death threats from Pujari, tweeted:

My reaction on Umar Khalid pic.twitter.com/wkjOLFyip3

Mr Khalid, who was one of the students accused of sedition along with Kanhaiya Kumar, had received another death threat two years ago.  It happened around the time the police was looking for him in connection with the sedition case for allegedly organising an event against the hanging of 2001 Parliament attack convict Afzal Guru.