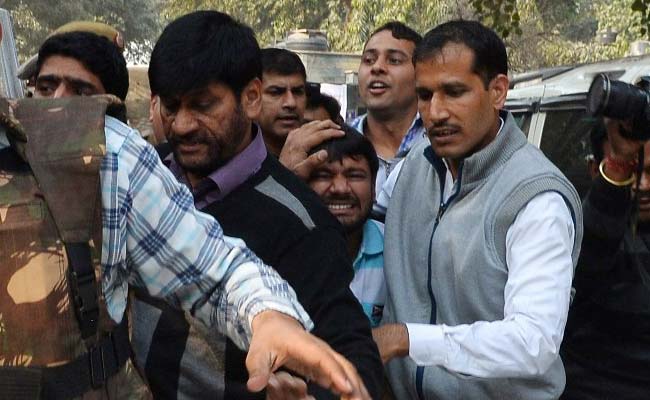 Policemen lead away Kanhaiya Kumar after Wednesday's attack on him at the Patiala House Courts complex.

New Delhi: The National Human Rights Commission has said that the attack in the Patiala House courts complex on JNU students union president Kanhaiya Kumar on Wednesday "appears to be organised and pre-planned."

The top human rights panel probing the police action against Mr Kumar, who has been charged with sedition, and other students of JNU has said in its report today that the attack on Mr Kumar, who was "abused and physically assaulted by some persons dressed as advocates", was a major security lapse on part of the police. They did nothing to stop the attack or catch the attackers, the panel has said in a stinging indictment of the Delhi Police.

"Going by the sequence of events, the safety and security of Sh. Kanhaiya and his family members is a serious cause of concern," the report says.

Mr Kumar told the panel "he was arrested without any valid reason and without disclosing to him even grounds of arrest." It says though the JNU student did not complain of torture in custody, he was subjected to "psychological pressure during interrogation." 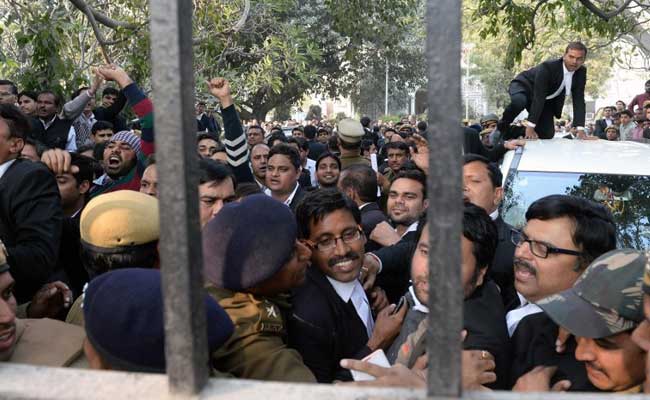 A group of lawyers triggered the violence inside the court on Monday and Wednesday. (AFP photo)

The NHRC had issued notices on Tuesday to the Centre, the Delhi government, the Delhi Police and authorities of the Jawaharlal Nehru University over the police action on the university campus following an event against the hanging of Parliament attack convict Afzal Guru.

Notices were issued after the National Human Rights Commission, took cognisance of media reports about an event at JNU last week where anti-national slogans were allegedly raised, leading to the arrest of Mr Kumar on sedition charges.

The NHRC panel was looking into reports that the JNU Students Union president, Kanhaiya Kumar, has denied the allegations and said he went to the spot only to intervene in a clash between two groups. The Commission also asked for responses into the allegations of undeserved police presence on the university campus and "students being witch-hunted."