Jharkhand To Get WHO Award For Tobacco Control

The State Tobacco Control Cell of Jharkhand's Health Department will receive the award on the occasion of World No Tobacco Day in New Delhi on Tuesday. 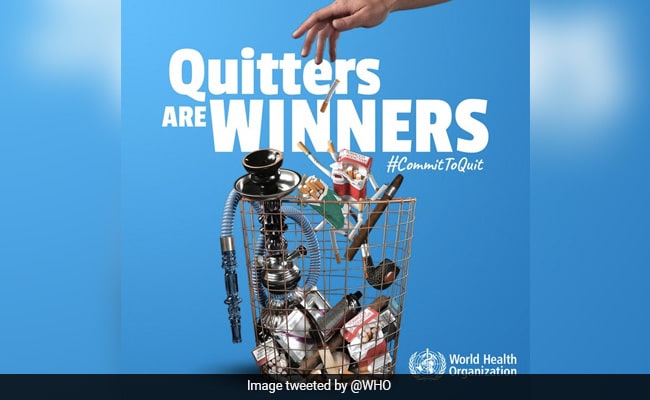 The GATS-2 report published in 2018 said tobacco users came down to 38.9% in Jharkhand (Representational)

Recognising its efforts in controlling tobacco consumption, the World Health Organization (WHO) has selected Jharkhand for the World No Tobacco Day (WNTD) Award-2022, an official said on Sunday.

State Tobacco Control Cell of the Health Department will receive the award on the occasion of World No Tobacco Day in New Delhi on May 31, Jharkhand's nodal officer of National Tobacco Control Programme (NTCP) Lalit Ranjan Pathak told PTI.

"It's a great achievement for Jharkhand, which could be possible only due to political and administrative supports that tobacco control cell has got in implementing the programme," Mr Pathak said.

NTCP was launched in Jharkhand in 2012 when the tobacco prevalence rate in the state was 51.1 per cent, of which 48 per cent were smokeless users, according to the Global Adult Tobacco Survey (GATS)-1 report.

The GATS-2 report, which was published in 2018, said tobacco users came down to 38.9 per cent in the state, of which 35.4 per cent were smokeless users.

"To bring it further down, Jharkhand initiated a slew of measures between 2018 and 2022," Mr Pathak said.

The Union Health Ministry, WHO and the dedicated state and district health teams have contributed a lot to reduce tobacco prevalence rate in Jharkhand, he said.