Tabrez Ansari was tied to a pole, beaten for hours and forced to chant 'Jai Shri Ram' by a mob on Tuesday for allegedly stealing a motorcyle in Jharkhand.

Tabrez Ansari, beaten mercilessly by a mob on Tuesday, was declared dead on Saturday.

Eleven men have been arrested and two police officers suspended amid nation-wide outrage over the fatal mob attack on a 24-year-old man in Jharkhand last week. The victim, Tabrez Ansari, had been accused of stealing a motorcycle. A Special Investigation Team (SIT) is to give its report to the Home Secretary and the Chief Secretary by Wednesday.

Tabrez Ansari was going home to Saraikela-Kharsawan's Karsova from Jamshedpur, with some friends, on Tuesday when they were attacked by a mob barely five kilometres from home, a relative said.

Tabrez was tied to a pole and beaten for hours. Videos of the beating that have been widely circulated show his attackers forcing him to chant "Jai Shri Ram" and "Jai Hanuman". He was handed over to the police only once he fell unconscious. He was declared dead when brought to a hospital on Saturday, after four days in police custody.

His family has alleged that despite appeals police had not arranged for proper treatment, that they were not allowed to meet him, and that he died long before he was taken to a hospital. The family has demanded action against all concerned, including the police and the doctor; the latter has yet to be questioned.. 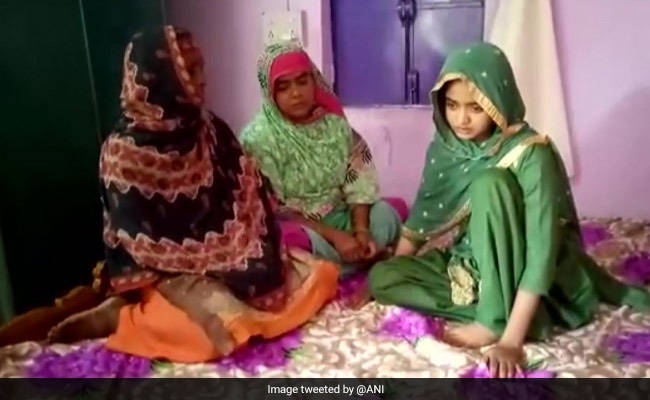 Tabrez Ansari's wife (right) says he was beaten to death because of his religion.

"He was mercilessly beaten as he was Muslim. I don't have anybody, no in-laws. My husband was my only support. I want justice," Shahista Parveen, Ansari's wife said.

Amid widespread anger across the country over the incident, the police have now admitted to lapses and formed a special investigation team. Two officers, Chandramohan Oraon and Bipin Bihari, have been suspended for "not reporting the seriousness of the issue to the higher authorities" and "register a case of lynching on the very same day", a government statement said.

Speaking about the incident, a minister in Jharkhand said that it was wrong to politicise mob killings. The trend these days, minister CP Singh said, was to "associate such incidents with the BJP, RSS, VHP and Bajrang Dal. It is a time of 'cut and paste' - who fits what words where is difficult to say".

Hyderabad politician Asaduddin Owaisi tweeted: "This is the pattern with almost all lynchings. First, a Muslim is murdered by cow lovers. Then the most ridiculous excuses begin: a 'suspicion' of beef possession, theft, smuggling & love jihad. So much for sabka vishwas when we can be killed over mere 'suspicions'."

Data from the fact-checking website FactChecker.in shows that the attack on Tabrez Ansari was the eleventh such incident of hate crime this year. In 59 per cent of the cases, the victims have been Muslims and 28 per cent of the incidents have been over cow-related issues.