Jawan Injured In Encounter With Maoists Dies In Chhattisgarh

Raju Netam, the jawan who died today, was posted with the District Reserve Guards (DRG). Another injured jawan has been moved to state capital Raipur for better treatment 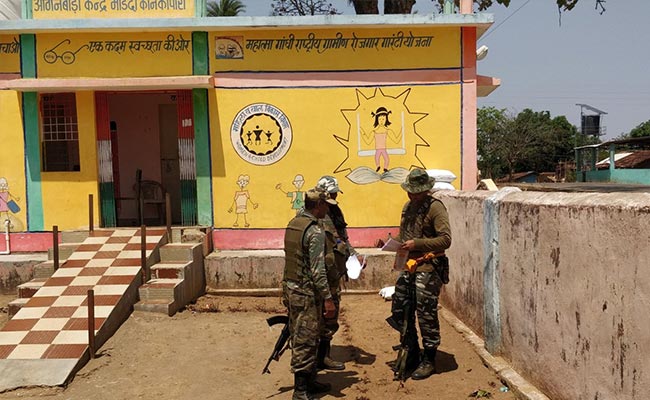 A jawan who was injured in a gunfight with Maoists in Chhattisgarh on Saturday died during treatment today, the police said. Five Maoists were shot dead in the encounter at Abujmarh in Chhattisgarh.

Raju Netam, the jawan who died today, was posted with the District Reserve Guards (DRG). Another injured jawan has been moved to state capital Raipur for better treatment.

"The exchange of fire took place around 6 am in the forest near Dhurbeda village, located around 20 km away from Orchha police station in the district. It occurred when a DRG team was out on a counter-insurgency operation," said Director General of Police DM Awasthi.

Based on intelligence inputs about the location of a Maoist training camp at Orchha forest, 350 km from Raipur, a team of the DRG raided the place. The gunfight lasted for 90 minutes, during which the Maoists fled into the jungle.

During search operations, bodies of five Maoists and weapons were found.

Amid heavy rain, crossing rivers and hills, the jawans carrying their injured colleagues and the bodies of the Maoists reached the Orchha camp this morning. A helicopter could not land in the forest on Saturday due to bad weather.

The security personnel have changed their tactics as normally they are not on offensive during monsoon. This was the second major encounter this month after security personnel killed seven suspected Maoists in Rajnandgaon on August 3.