SP Vaid has been replaced by Dilbagh Singh, the Director General of Prisons.

SP Vaid has been transferred as DGP of Jammu and Kashmir.

Jammu and Kashmir police chief SP Vaid was removed from his post late on Thursday - part of a reshuffle at the top level of the state police that came days after serious differences between the centre and the police chief after he was divested of crucial administrative powers. The release of a terrorist's father in exchange of kidnapped family members of the state's policemen last week is also seen as trigger.

Mr Vaid has been replaced by Dilbagh Singh, the Director General of Prisons. The 1987-batch IPS officer was suspended as the Deputy Inspector General of Anantnag in 2000 after he was allegedly found involved in a major recruitment scam.

Last week, three policemen and eight relatives of policemen were kidnapped by terrorists in south Kashmir. They were set free hours after the police quietly released around a dozen family members of terrorists, including the father of Hizbul Mujahideen "commander" Riaz Naikoo.

Home Ministry sources said the release of terrorists is believed to have hugely affected the morale of the rank and file of the Jammu and Kashmir police. It was also said that the top officers of the department misjudged the impact of the decision.

Sources said serious differences had cropped up between Mr Vaid and Governor's administration after the officer was divested of powers to make certain administrative decisions and authority was given to ADG Law and Order Munir Khan. Mr Vaid lodged a strong protest with state government and Union Home Secretary. 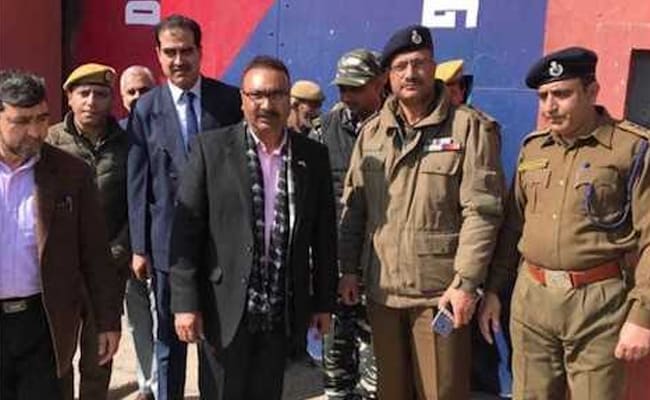 Jammu and Kashmir has been under Governor's Rule since the BJP ended the alliance with the PDP in June. Satyapal Malik was appointed Governor last month, replacing NN Vohra.

Sources close to Mr Vaid said the BJP was also upset with him for his stand on the Kathua rape and murder case, in which an 8-year-old nomad girl was abducted, raped and killed in an attempt to drive Muslim nomads out of Kathua. Top BJP state minsters attended the rallies in support of accused. Eight persons have chargesheeted by the state crime branch.

The centre, sources said, wanted the changes in place before the local body polls in the state.

In a tweet on Tuesday, Mr Vaid said transfers were "routine" and a "prerogative" of the government.

"@JmuKmrPolice has been fighting a proxy war for decades which requires a lot of courage & determination of the men & officers of JKP. Speculative articles which undermine their morale should be avoided. @ndtv as regards to transfer, it's routine matter & prerogative of the govt," his tweet read.