Terrorists had kidnapped 11 relatives of policemen in Jammu and Kashmir late Thursday evening after cops arrested family members of the terrorists.

Reyaz Naikoo, a Hizbul Mujahideen terrorist, had warned police of "an eye for eye".

Three policemen and eight relatives of police personnel kidnapped by terrorists in south Kashmir last evening have been set free, hours after the Jammu and Kashmir Police, according to sources, quietly released around a dozen family members of terrorists. Among the held policemen, was a sub inspector.

The police had arrested the relatives of terrorists including Asadullah Naikoo, the father of Reyaz Naikoo, a self-styled "commander" of the Hizbul Mujahideen terror group, after four policemen were killed in a major terror attack on Wednesday. Two houses of terrorists were also set on fire. Asadullah Naikoo was among those who have been released from police custody.

Terrorists had retaliated with raids on the homes of policemen and kidnapped 11 of their relatives in Anantnag, Kulgam, Shopian and Pulwama districts late Thursday evening. Since then they have been held captive.

A top police officer told NDTV that action against the families of terrorists was not sanctioned and they are investigating at what level the decision was taken. He said that their priority is to secure the safe release of those who have been held captive. 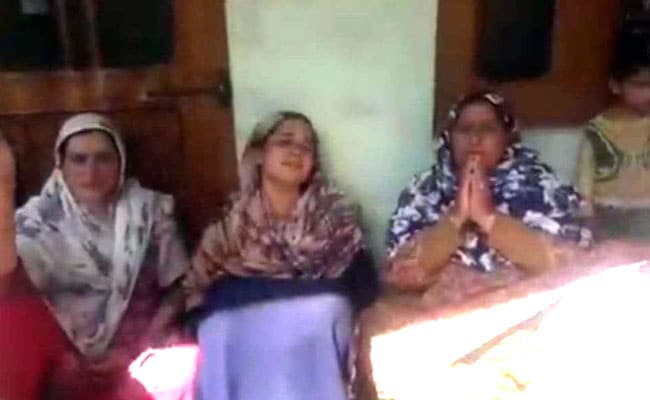 Families of policemen plead for mercy for their kidnapped relatives.

In a tweet, Hizbul commander Reyaz Naikoo commended his men for the kidnappings and threatened to avenge "an eye for eye".

While the allegations of action against families of terrorists are not new, it was for the first time that the police had resorted to mass arrests. Terrorists too had also raided some families of policemen a year ago but did not take any relative captive.

Last year, Jammu and Kashmir police chief Shesh Paul Vaid had warned terrorists that they would face reprisals if they tried to harass families of policemen. His remarks triggered a controversy and escalated tensions.

A distraught police family made a passionate appeal to release their 22-year-old son Asif Rafiq who was kidnapped from his home at Tral in the Pulwama district.

In her appeal, Asif's mother requested terrorist groups to have mercy on her son. In a video that surfaced on social media, family and relatives are seen pleadings for the release of Asif.