Spontaneous shutdown was observed Saturday in many areas of Srinagar and south Kashmir following the killing of civilians. 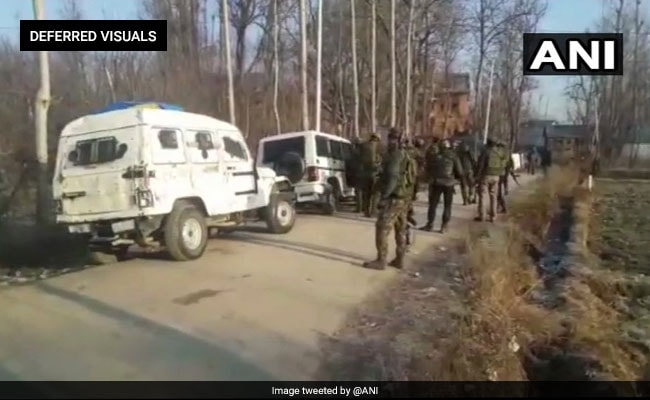 Separatists in Kashmir Saturday called for a three-day strike against killing of seven civilians in security forces' action during an encounter in Pulwama district.

The separatists, under the banner of Joint Resistance Leadership comprising Syed Ali Shah Geelani, Mirwaiz Umar Farooq and Mohammad Yasin Malik, also asked people to march to the headquarters of the Army's Chinar Corps at Badamibagh on Monday.

"#PulwamaMassacre, Bullets and pellets rain! As Govt of India has decided to kill Kashmiri's through its #ArmedForces who control us, JRL and people will march towards Badami Bagh Army cantonment on Monday 17 Dec to ask GOI to kill all of us at one time rather than killing us daily (sic)," Mirwaiz wrote on Twitter.

In another tweet, he said, "From today onwards for three days mourning and complete protest strike will be observed all across".

Spontaneous shutdown was observed Saturday in many areas of Srinagar and south Kashmir following the killing of civilians.

Shops in several areas were shut, while a protest demonstration was taken out in Nowhatta area of the city this afternoon.

Seven civilians died and several others injured after security forces opened fire on protestors near an encounter site in Sirnoo village of Pulwama district in south Kashmir.

Three terrorists were killed in the encounter in which a soldier also lost his life while two other armymen were injured.