"Protests are being held across the country. Everybody has a right to protest but with a lot of responsibility," Vice Chancellor Najma Akhtar said. 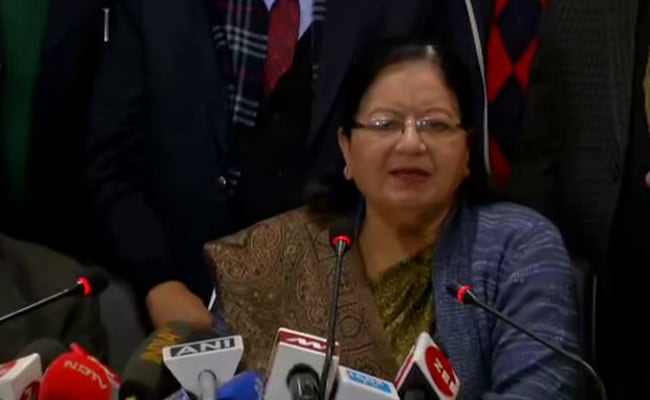 Najma Akhtar had faced protests by students demanding FIR against cops over crackdown on the university.

Amid continuing protest at Delhi's Jamia Millia Islamia University against the Citizenship Amendment Act and the proposed National Register of Citizens, Vice-Chancellor Najma Akhtar today said that everyone has the right to protest but one must do it "responsibly and peacefully".

"Protests are being held across the country. Everybody has a right to protest but with a lot of responsibility and peace. That's what we are following," Ms Akhtar told news agency ANI.

"Everybody is celebrating Republic Day today. That is their right to celebrate. They have their own way to celebrate it, it's all about Constitution," she added.

Ms Akhtar had said that Delhi Police entered the university campus on December 15 without permission and the process of filing a complaint against them will begin on January 14. Ms Akhtar's remark had come after hundreds of students protested outside her office, demanding a First Information Report against the Delhi Police for crackdown on the university.

Jamia has now submitted a petition saying the state should be "held accountable for illegal and unlawful acts, excessive, the unnecessary force used by the police officials against the innocent protesting students".

The university's petition alleges that Delhi Police had fired teargas shells inside the campus, barged into the premises and dragged students out of the library before assaulting them during the incident.