Internet Blocked In Many Parts Of UP, Bengal Amid Citizenship Law Protest 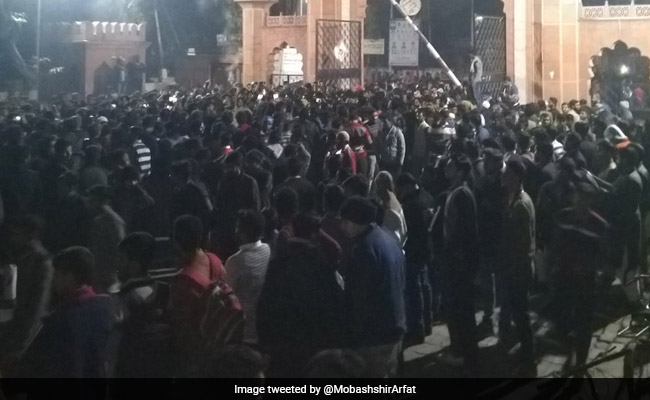 Internet services have been suspended in several cities of Uttar Pradesh and West Bengal amid massive protests against the new citizenship law. After internet was blocked in UP's Aligarh on Sunday following clashes between the students of Aligarh Muslim University (AMU) and police over crackdown at Delhi's Jamia Millia Islamia, the services have also been banned in Meerut and Saharanpur.

In West Bengal, where violent protests erupted after the law was passed in parliament last week, internet has been blocked in four districts and four subdivisions. The affected cities include Malda, Murshidabad, North Dinajpur and Howrah.

Protests swept campuses across the country against the police crackdown at Jamia Millia Islamia after Sunday evening's violence over the new citizenship law. Students at the Aligarh Muslim University clashed with the police after their solidarity march was stopped. By midnight, Hyderabad's Maulana Azad Urdu University and the Banaras Hindu University raised their voices.

The trouble started Sunday evening after a protest march by the Jamia students ended in a pitched battle with the police, vandalism and torching of vehicles. The police, which used batons and teargas to contain the violence, later barged into the university and detained around 100 students. All the detained students were released around 3:30 am today.

The controversial Citizenship (Amendment) Act seeks to grant Indian citizenship to non-Muslim refugees from Afghanistan, Pakistan and Bangladesh. It was passed earlier this week, after a heated debate in parliament, triggering massive protests in the northeast states and West Bengal.

West Bengal Chief Minister Mamata Banerjee had said the law will not be implemented in the state.

Several trains have been cancelled or delayed in Bengal due to the ongoing protests. Incidents of violence, loot and arson were also reported from Nadia and Birbhum districts, news agency PTI reported.