The Battle of Ganga & Jamuna is the centerpiece of an auction in Mumbai, where India's fraud investigation office is seeking to recover as much as Rs 500 million by selling paintings, watches, handbags and cars seized from Nirav Modi 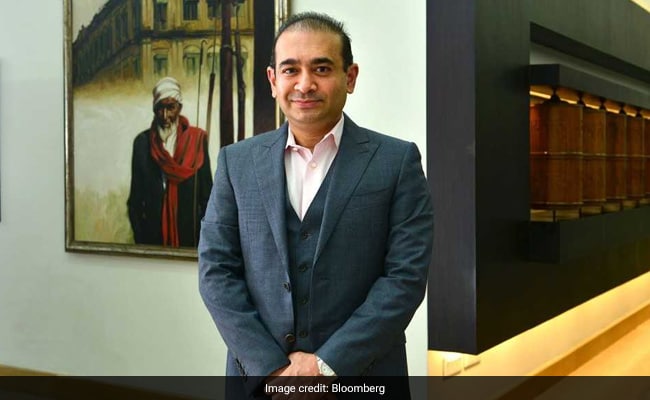 Nirav Modi is fighting extradition to India from a London jail

The man accused of orchestrating India's biggest bank fraud once counted among his most prized possessions an MF Husain painting that depicts the tussle between right and wrong in the human soul.

The Battle of Ganga & Jamuna is the centerpiece of an auction Friday in Mumbai, where India's fraud investigation office is seeking to recover as much as 500 million rupees ($7 million) by selling paintings, watches, handbags and cars seized from Nirav Modi, the celebrated jeweler now fighting extradition from a London jail. If the diptych sells for its top asking price -- $2.6 million -- it will be an auction record for Husain.

"Since these artworks were in Nirav Modi's house, they're already pre-selected as the best ones," said Dinesh Vazirani, founder of the Saffronart auction house, which is handling the sale. "And because the government of India is doing the auction, there is a gravitas to it. You know the title is going to be clear."

Encouraged by the tax office's decision to auction some of Modi's paintings last year, India's fraud investigation office has for the first time commissioned auctioneers to invite bids for assets seized from economic fugitives. As many as 31 debt defaulters have fled the country to escape prosecution, according to the government, leaving local banks with the world's worst bad-loan ratio.

Modi, 48, is the most prominent among them. He allegedly defrauded Punjab National Bank of $2 billion in a scam that ran for seven years before it was exposed in 2018. In his heyday, he dressed stars including Kate Winslet and Priyanka Chopra. Now he's locked up in one of London's most crowded prisons, awaiting an extradition trial scheduled for May.

The fraud allegations aren't expected to affect valuations, according to Vazirani. Other items on sale include "Boy With Lemons," a 1935 painting by Amrita Sher-Gil, with an estimated range of $1.7 million to $2.8 million; and an untitled work by VS Gaitonde that may fetch $1 million to $1.3 million.

"You cannot associate luck or fraud with the object itself," Vazirani said. "A true collector will not look at it that way. They will look at it and say, 'Look, this is an incredible work that's come into the market, and it so happens to have come into the market for specific reasons of recovery,' and they wouldn't hesitate to buy a great painting."

He's also hoping to capture an audience new to the Indian auction market, such as people interested in buying a Hermes Kelly Blue Atoll bag ($5,715-$8,575) or a calfskin Chanel ($3,575-$5,000). At a separate online auction scheduled for two days starting March 3, lower-priced items like a Christian Louboutin Macaron wallet ($215-$360) will be offered. A total 112 lots seized from Nirav Modi will be auctioned.

The highlights -- apart from the art -- will be a Jaeger-LeCoultre Reverso Gyrotourbillion 2 limited-edition watch, and a diamond and ruby studded Patek Philippe Nautilus, both with asking prices of as much as $100,000.

Saffronart was selected through a competitive tender process, and will collect 12% of the sale price, lower than the 20% buyers' premium it typically charges for a non-government-commissioned auction.

The auction house also conducted last year's sale for the income tax office, raising 550 million rupees through items including a 1881 masterpiece by Raja Ravi Varma depicting the Maharajah of Travancore welcoming British administrators in the heyday of the Raj. It sold for $2.2 million.

Another Raja Ravi Varma is part of this year's auction and is classified --together with the Sher-Gil -- as a non-exportable national art treasure. India has a domestic audience deep enough to purchase these works, Vazirani said.