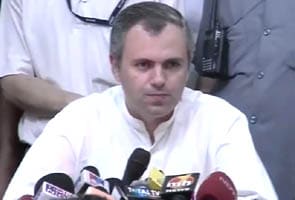 Srinagar: After more than two months of violence in the Kashmir valley, the state government took some tough steps by going in for a major reshuffle in the police and civil administration.

Chief Minister Omar Abdullah chaired a Cabinet meeting a short while ago and after that top police and administrative officials of the state have been shifted.

The state executive was facing the flak for the violence that has gripped the Valley for over two months now.

Top bureaucrats like the state Home Secretary, Principal Secretary to the Chief Minister, Inspector General (IGP) and the Intelligence chief have been transferred.

Promoted
Listen to the latest songs, only on JioSaavn.com
But it remains to be seen how the new team is able to deal with the situation in Kashmir.

Battling the issue of "tainted ministers", Omar also axed some of his colleagues. Minutes before chairing the Cabinet meeting, the chief minister sacked his PWD minister GM Saroori who has been accused of using a proxy candidate for her daughter's medical entrance exam recently.