ISRO said it will make bigger payload compartment to accommodate still bigger spacecrafts onboard in GSLV. 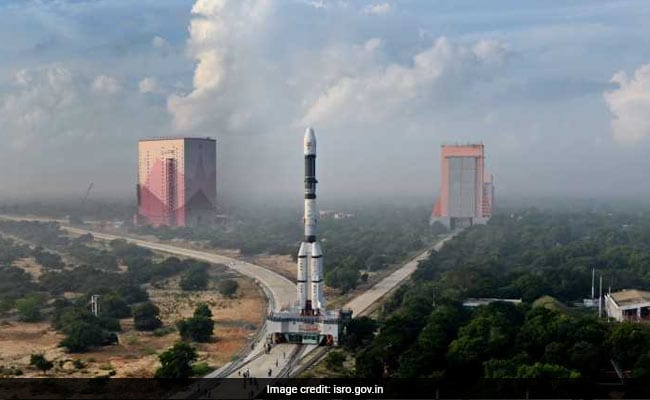 "There is always (scope of) further improvements in GSLV and in the coming GSLV-F10s and F12 missions, we are going to make bigger payload compartment to accommodate still bigger spacecrafts and that is another important challenge in front of us," he said.

He said the scientists were ready for that change and to make sure that the GSLV continues to remain very successful and "rugged" vehicle like ISRO's trusted workhorse, the PSLV (Polar Satellite Launch Vehicle).

ISRO's GSLV-F11, carrying the 2,250kg GSAT-7A, lifted off at 4.10 pm on Wednesday from the second launch pad at Sriharikota, situated about 110 km from Chennai, and placed the communication satellite into its intended orbit about 19 minutes after lift-off.

Earlier, referring to the salient features of the GSLV-F11 launch, Mr Somanath said the vehicle was an improved version where scientists brought changes in the cryogenic stage as well as second stage to improve payload capability.

"This resulted in a lot of engineering changes and new elements. The (GSLV) vehicle itself is 1.5 metres longer than the previous GSLVs and it calls for understanding aerodynamics, hardware design and control systems," he said.

He congratulated the ISRO team for "meticulously" undertaking all the new changes and making a successful launch.

"This is sixth consecutive success of the GSLV. It only shows that this vehicle is going to stay longer and to make more missions in the years to come with improved capability," he said.

"This has been successfully demonstrated in this mission and we got 2,000 km more than what we expected. This is a great achievement," he said.

Referring to how presence of cyclone Phethai in Bay of Bengal created "anxious" moments for ISRO scientists, Mr Sivan said, "This particular mission has given clearly a lot of anxiety to all of us. Because the weather god was not conducive for us (for) a week."

"Under this environment, definitely the Met team from Sriharikota rose to the occasion to take care of any eventuality and the way they gave confidence to us, clearly the launch campaign was managed nicely," he said.