International Yoga Day 2019: The World Yoga Day Logo reflects harmony and peace for the humanity which is the essence of Yoga.

International Yoga Day 2019 will be observed on June 21. Main event will be in Ranchi.

World Yoga Day will be marked on June 21. Yoga, a spiritual discipline, is based on an extremely subtle science which focuses on bringing harmony between mind and body. The main Yoga Day event will be held in Ranchi in Jharkhand. Prime Minister Narendra Modi will perform Yoga along with the participants. Around 30,000 people are expected to participate in the yoga event, for which security has been beefed up across the city. The idea of International Day of Yoga was first proposed by PM Modi during his speech at the United Nations General Assembly (UNGA) on September 27, 2014. Happy World Yoga Day.

Folding of both hands in the logo symbolizes Yoga, which reflects the union of individual consciousness with that of universal consciousness, a perfect harmony between mind and body, man and nature, the holistic approach to health and well-being.

The brown leaves in the logo symbolize the earth element, the green leaves the nature, blue the fire element while the sun symbolises the source of energy and inspiration.

The logo reflects harmony and peace for the humanity which is the essence of Yoga. 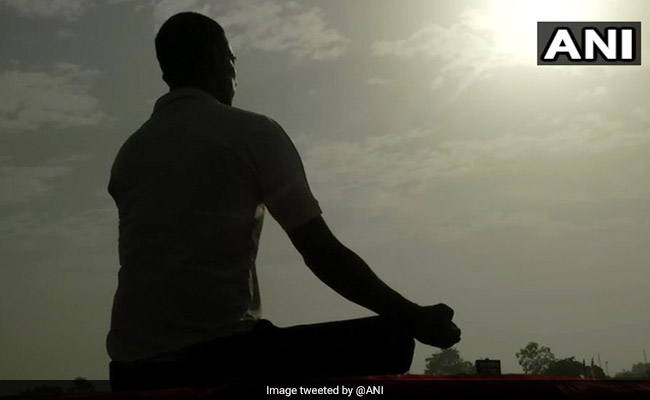 Understanding Yoga And Its History:

The word "Yoga" is derived from the    Sanskrit  root   'yuj'  meaning "to join", "to yoke" or "to unite". According to Yogic scriptures, the practice of Yoga leads to the union of an individual consciousness   with the universal consciousness.

The science of Yoga has its origin thousands of years ago, long before the first religion or belief systems were born. The seers and sages carried this powerful yogic science to different parts of the world including Asia, the Middle East, northern Africa and South America.

Yoga works on the level of one's body, mind, emotion and energy. It is a process of creating body and mind that are stepping-stones, not hurdles, to an exuberant and fulfilling life.

Have a fruitful World Yoga Day!