Jyoti Amge, who entered the Guinness World Records for being the shortest woman, standing only 62.8 cm tall, has been consistent in promoting yoga. 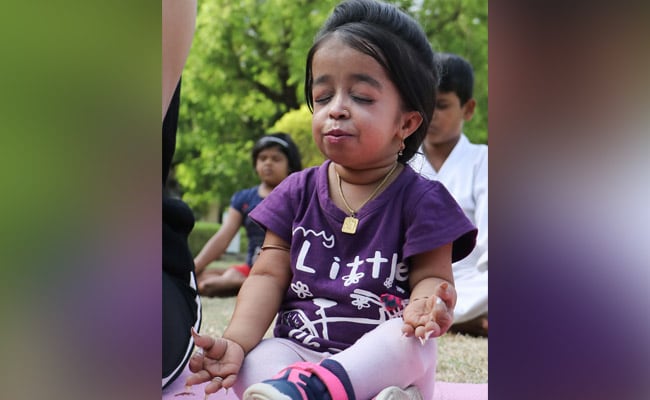 On the eve of International Yoga Day, the world's smallest living woman Jyoti Amge took part in a yoga session in Nagpur on Thursday. The 25-year-old who entered the Guinness World Records for being the shortest woman, standing only 62.8 cm tall, has been consistent in promoting yoga. Seen regularly at all yoga events, the Nagpur resident was seen stretching into an accurate yoga postures on yoga practitioner Dhanashree Lekurwale's instructions.

During general elections in April, she posted a photo of herself on her Facebook profile, showing an inked finger requesting everyone to vote.

She had made a guest appearance in reality TV show Big Boss in 2012. Her official website says Ms Amge participate in the fourth season of "American Horror Story: Freak Show" in August 2014.

In January last year, she was seen standing in front of the pyramids in Egypt's Giza city, alongside the world's tallest man, Sultan Kosen from Turkey, who stands 8 feet and 9 inches tall. The two were invited to Egypt by the Egyptian Tourism Promotion Board to help boost tourism in the country. 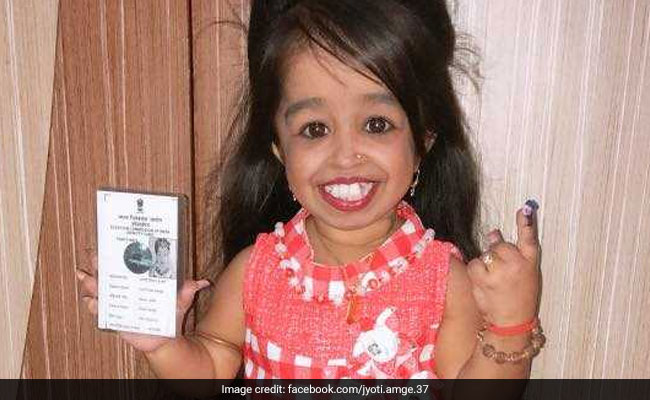 The idea to have an international day of yoga was first proposed by Prime Minister Narendra Modi in 2014 in his speech at the UN General Assembly. The members of the Assembly chose June 21 to mark the day as it is the longest day of the year. The central government along with organisations across the country mark this day each year with multiple events to celebrate and promote awareness on yoga. The Yoga Day theme this year is "Yoga for the heart".