From Sleeping Hungry, Tribal Boy From Maharashtra Now Scientist In US

Bhaskar Halami's journey to become a successful scientist has been fraught with obstacles and he has had many firsts to his name. 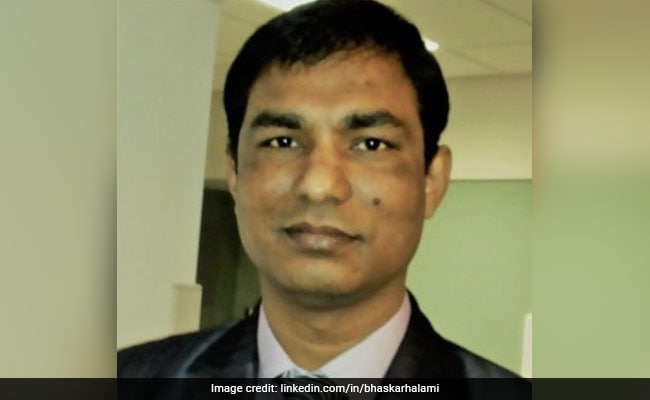 Bhaskar Halami was the first from the village to earn a Master's degree and PhD.

From struggling to get one square meal as a child in a remote village in Maharashtra's Gadchiroli, to becoming a senior scientist in the United States, Bhaskar Halami's life is an example of what one can achieve with sheer hard work and determination.

Brought up in a tribal community at Chirchadi village in Kurkheda tehsil, Mr Halami is now a senior scientist in the research and development section of Sirnaomics Inc, a biopharmaceutical company in Maryland, USA.

The company conducts research in genetic medicines and Halami looks after RNA manufacturing and synthesis.

Bhaskar Halami's journey to become a successful scientist has been fraught with obstacles and he has had many firsts to his name.

He was the first science graduate from Chirchadi and first from the village to earn a Master's degree and PhD.

Talking to PTI, Halami recalled that in the initial years of his childhood, his family survived on very little.

"We had to struggle so much to even get one square meal. My parents till recently wondered how the family survived that phase when there was no food or work," the 44-year-old scientist said.

Some months in the year, especially monsoons, were incredibly tough, as there were no crops in the small farm that the family had and no work, he said.

"We cooked mahua flowers, which were not easy to eat and digest. We would collect parsod (wild rice) and cook rice flour in water (ambil) and drink it to fill our stomachs. This was not just us, but 90 per cent of the village had to survive this way," Bhaskar Halami said.

Chirchadi is home to 400 to 500 families. Halami's parents worked as house-helps in the village, as the produce from their small farm wasn't enough to feed the family.

Things got better when Halami's father, who had studied till Class 7, found out about a job opening at a school in Kasansur tehsil more than 100 km away, and reached the place by taking every available means of transport.

"My mother had no way of knowing if my father had reached the place. We only found out about him when he returned to our village three to four months later. He had landed a job as a cook at the school in Kasansur, where we later shifted," Halami said.

Halami did his early schooling from Classes 1 to 4 at an ashram school in Kasansur, and after clearing a scholarship exam, he studied at the Government Vidyaniketan Kelapur in Yavatmal till Class 10.

"My father understood the value of education and ensured that my siblings and I completed our studies," he said.

After earning a Bachelor of Science degree from a college in Gadchiroli, Halami got his Masters in chemistry degree from the Institute of Science in Nagpur.

In 2003, Halami was appointed as an assistant professor in the prestigious Laxminarayan Institute of Technology (LIT) in Nagpur.

While he cleared the Maharashtra Public Service Commission (MPSC) examination, Halami's focus remained on research and he went on to pursue a PhD in the United States and chose DNA and RNA for his research, foreseeing a huge potential in it.

The top researcher now receives at least a couple of emails each week from recruiters scouting for talent in the field of DNA/RNA.

Halami gives the credit for his success to his parents, who worked hard and contributed their meagre earnings towards his education.

Halami has built a house for his family in Chirchadi, where his parents wanted to live. He lost his father a few years ago.

The researcher was recently felicitated by additional commissioner of state tribal development Ravindra Thakre in Gadchiroli.

The tribal development department rolled out its ‘A Tea with Tribal Celebrity' programme, with Halami as its first celebrity.

Thakre also invited the scientist as a guest at a tribal hostel in Nagpur, where the latter provided guidance to students.

During his trips to India, Halami visits schools, ashram schools, colleges and even meets students at his house to counsel them about careers and ways to achieve their goals.