P Sundarraj said this was possible due to more than 24 security camps established in these areas followed by development works initiated by the local administrations. 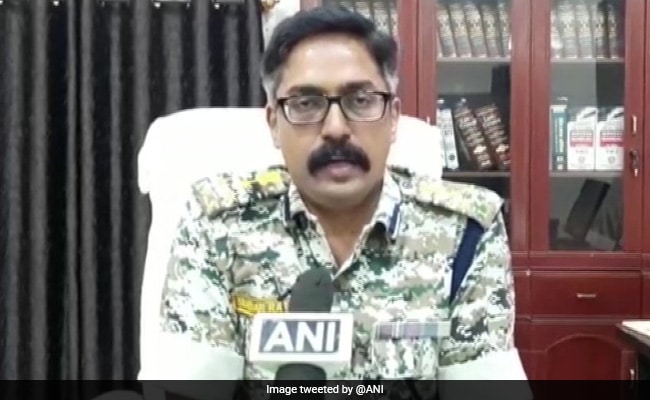 Fear of being exposed and getting extinct is stimulating the Maoist leadership: P Sundarraj

More than 8,000 square kilometres area of Bastar, one of the worst Maoist-hit region in the country, has now been freed from the clutches of CPI Maoists in recent years, said senior police official of Bastar region P Sundarraj on Tuesday.

Mr Sundarraj said this was possible due to more than 24 security camps established in these areas followed by development works initiated by the local administrations.

"In last few years due to the multi-pronged development and security strategy of the government, the security forces and local administration have made remarkable inroads into the erstwhile stronghold areas of Left Wing Extremists in Dandakaranya area," Mr Sundarraj said.

"The well thought out strategy by the government is yielding tremendous positive outcomes and in the last couple of years, more than 8,000 sq km area of Bastar region have been liberated from the clutches of CPI Maoists. This was primarily possible due to more than 24 security camps established in these areas followed by development works initiated by the local administrations," the senior police official said.

"CPI Maoist General Secretary Basavaraju and his gang very well knew that once the tribal youth from the Dandakaranya gets connected to the outside world, the hollow and false propaganda being carried out by Naxals against the institutions and establishments of the legitimate democratic governments would get exposed," the IG said.

Mr Sundarraj further said that the fear of being exposed and getting extinct is stimulating the Maoist leadership to unleash cruelty and terror against the local population in order to confine them to the dark world, which they were trying to manage for the last four decades.

"Unaware of these kinds of catastrophic evil plans of outside cadres like Basavaraju, Sujata, Ganesh Uike, Ramachandra Reddy, Haribhusan & Co, the local cadres are playing puppets into their hands," he added.

"Like their mentor Mao Zedong, the Naxal leadership is indulging into genocide act by killing the native tribal population of Bastar, just to exploit the region by spreading fear and terror. The local cadres of DKSZC like Hidma, Deva, Vinod, Jadish and Manila should now realise why no tribal cadre from Chhattisgarh have not ever been inducted into the top decision making Central Committee and Politburo of CPI Maoists," the IG said.

Mr Sundarraj asserted that the next couple of years will be crucial for Bastar.

"This period would determine the end of four decade long atrocious and inhumane activities of the Maoist cadres. Bastar Police, security forces and local administration are committed to establish peace and order in the region and create a better world for the native population," he added.