All the 274 personnel who were on board barge P305 that sank and tugboat Varaprada that went adrift during Cyclone Tauktae fury have been accounted for with the recovery of 16 bodies along Maharashtra and Gujarat coasts, the official said. 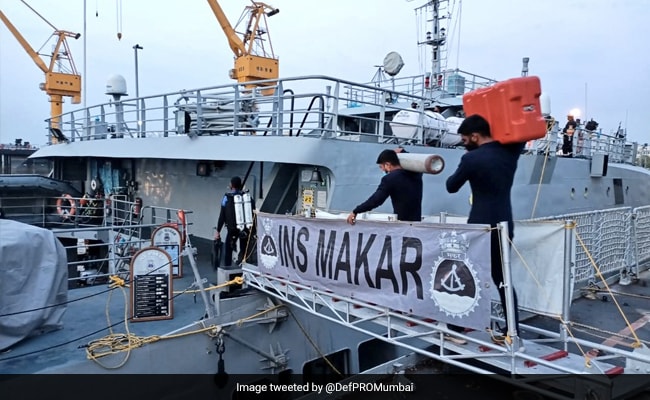 "Divers are trying to locate trapped Brave Nature's Victims (bodies) if any," a Navy spokesperson said.

All the 274 personnel who were on board barge P305 that sank and tugboat Varaprada that went adrift during Cyclone Tauktae fury have been accounted for with the recovery of 16 bodies along Maharashtra and Gujarat coasts, the official said.

"A total of 274 crew were reported missing on May 17 (261 from Barge P305 and 13 from Tug Varaprada). While 186 survivors from P305 and two from Varaprada were picked up at sea, 70 mortal remains (bodies) were recovered at sea by ships of Indian Navy and Coast Guard," the Navy spokesperson said.

"Eight bodies have been recovered along the coast in Raigad district of Maharashtra and another eight bodies washed ashore the Gujarat coast near Valsad," he said.

Thus all the 274 crew (261 on board P305 and 13 on board Varaprada) have been accounted for, he said. The final confirmation will be pending till the identification of all the bodies recovered is completed, he added.

Rescue personnel had recovered 70 bodies, believed to be of P305 personnel, in the sea till Sunday. With 16 bodies washing ashore, the death toll in the tragedy at sea could rise to 86, another official said. As of now, the official death toll stands at 70 pending identification of the bodies washed ashore.

INS Makar, a Navy survey catamaran equipped with side scan sonars, located the wreckage of P305 on Saturday in the vicinity of where it sank on May 17. The Navy had also deployed specialised diving teams to boost the search and rescue (SAR) operations. The SAR operations haven't been call off yet, the spokesperson told PTI.

The relatives of the victims will try to identify the deceased with the help of the belongings found on their bodies, like clothes, identity cards, batch number or birth marks, previous injury marks or tattoos. In case the bodies are not identified, DNA tests would be conducted, another official said.