India's 104-Satellite Launch Could Be 'Wake Up Call': Chinese Media 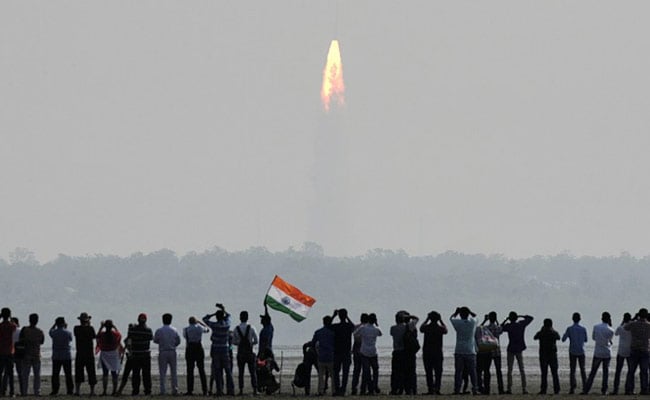 Chinese state media has praised India's record-breaking achievement of putting 104 satellites into the Orbit on a single rocket and termed the launch executed by ISRO as a "wake-up call" for China's space industry. The article in the state-owned newspaper Global Times commented that competition with India for commercial space launches "may be inevitable".

"India's successful launch of a record breaking 104 satellites into Orbit could serve as a wake-up call for China's commercial space industry and there are a number of lessons for the country to learn," the article stated.

On the cost-effectiveness of ISRO's recent PSLV-C37 mission, the newspaper commented, "The urgent action needed for China to expand its market share is to reduce the cost of putting satellites into the Orbit.

"The launch indicated that India can send commercial satellites at lower costs, giving the country's competitiveness in the global race for burgeoning commercial space business," it said.

The newspaper also referred to ISRO's successful Mars Orbiter Mission, or Mangalyaan, and said, "In 2014, India became the fourth country to successfully send a spacecraft to orbit Mars, signalling a regional rivalry with China, which suffered a failure in its Mars mission in 2012."

The article also said that despite developing into a major player in the space industry, China's commercial space sector was still in its "infancy."

"Many of the world's satellites are made in or use parts from the US. However, satellites and components made in the US are prohibited from being exported to China, making it very difficult for China to get contracts for commercial satellite launches with other countries."

But while quoting the launch as "India's latest triumph for its space programme", the Chinese newspaper added that the impact of the was "limited" and stressed China's technological superiority.

"With respect to the research and development of both military and commercial rocket launch services, India lags behind China, the US and Russia," the article said.

Promoted
Listen to the latest songs, only on JioSaavn.com
"India cannot match them unless it has enough rockets types to fulfil all satellite launches," the article said, quoting Zhang Yonghe, director of the Shanghai Engineering Centre for Microsatellites.