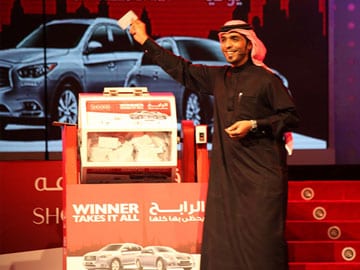 Dubai: A 33-year-old Indian tailor has won two luxury cars and 100,000 dirhams in a raffle in Dubai.

Fasaludheen Kuttipalakkal from Kerala was the winner of the Infiniti Mega Raffle on the second day of the Dubai Shopping Festival 2014, organisers of the festival said.

Mr Kuttipalakkal had been trying his luck at the raffle for the past 10 years without success.

The good luck was brought to him apparently by his baby, who is only three days old.

"In my heart, I knew that I am going to win this time. I was thrilled when I received the call. There could not be a better start to the New Year," Mr Kuttipalakkal said.

He wants to give away one part of the cash prize to help his needy friends and family members back home and wants to put another chunk towards the construction of his house in Kerala.

Promoted
Listen to the latest songs, only on JioSaavn.com
He has not yet decided what he wants to do with the cars.

US Foundation Ships Portable Ventilators To Aid India During Pandemic