This is the longest and heaviest freight train ever run by the Railways. 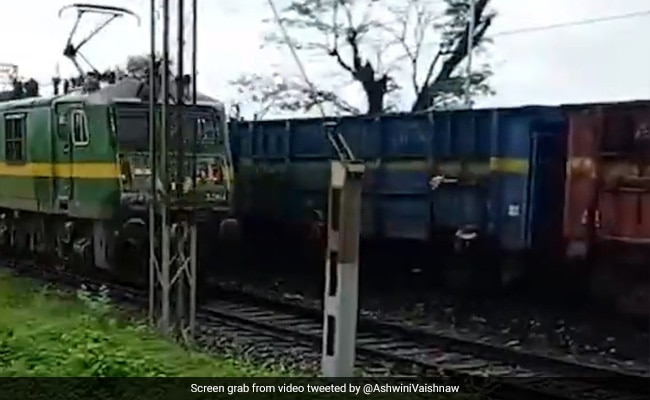 The train was formed by amalgamating five rakes of goods trains as one unit.

The Railways conducted a test run of the 3.5-km-long freight train, Super Vasuki, with 295 loaded wagons carrying over 27,000 tonnes of coal between Korba in Chhattisgarh and Rajnandgao in Nagpur on August 15, as part of the 'Azadi Ka Amrit Mahotsav' celebrations.

This is the longest and heaviest freight train ever run by the Railways, the national transporter said, adding the train takes about four minutes to cross a station.

The amount of coal carried by Super Vasuki is enough to fire 3000 MW of power plant for one full day, officials said. This is three times the capacity of existing railway rakes (90 cars with 100 tonnes in each) which carries about 9,000 tonnes of coal in one journey.

The train was formed by amalgamating five rakes of goods trains as one unit.

The Railways plans to use this arrangement (longer freight trains) more frequently, especially to transport coal in peak demand season to prevent fuel shortages of power stations, the officials said.

Earlier this year, coal shortages had pushed the country into a severe power crisis.