With Eye On China, Air Force Plans To Make Andhra "Strategic Base"

Indian Air Force currently has a base at Arakkonam near Chennai, while the Navy has INS Dega in Visakhapatnam. 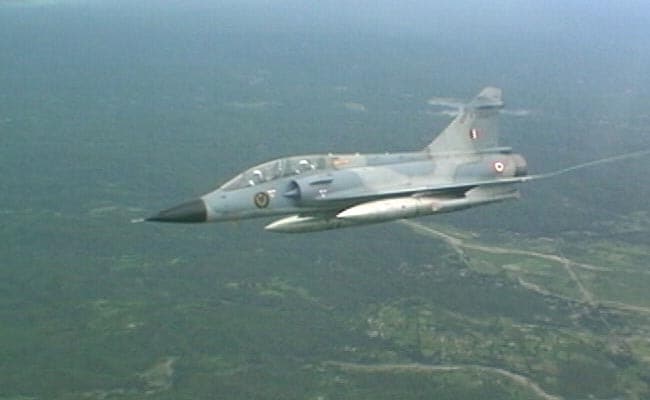 The Indian Air Force (IAF) has come up with major plans for Andhra Pradesh to make it a 'strategic base'. Prime among them are IAF's plans to set up a major helicopter training facility at Donakonda in Prakasam district.

The other plans put forth before the Andhra Pradesh government are establishing a drone manufacturing facility in Anantapur district, a cyber security centre in Amaravati and making Rajahmundry and Vijayawada airports asset positioning bases, top bureaucratic sources said.

"On our part, we have constituted a task team to coordinate with the IAF on these projects. A preliminary ground survey has also been done to identify suitable locations and we have asked the IAF to submit detailed project reports," a top bureaucrat involved in the process told PTI.

The IAF, as part of its strategy to strengthen vigil along the east coast, has proposed the use of existing civilian airports at Rajahmundry and Vijayawada for positioning its assets - fighter and other aircraft.

IAF currently has a base at Arakkonam near Chennai, while the Navy has INS Dega in Visakhapatnam.

"In view of the growing strategic importance of the east coast and China moving fast, the IAF intends to strengthen its presence in the region. Setting up asset positioning bases in Andhra Pradesh is part of the strategy," the bureaucrat privy to the deliberations said on condition of anonymity.

Also, IAF helicopters and other aircraft that could be used for rescue and relief operations in case of natural calamities would be positioned at these bases.

The IAF top brass has already held at least three rounds of talks with Chief Minister N Chandrababu Naidu and discussed the projects.

Last week, IAF Southern Command Chief Air Marshal B Suresh and his team held talks with the chief minister and came up with a fresh proposal to develop Air Force Enclaves at different locations in the state.

The state government initially offered 2,700 acres of land at Donakonda, along the abandoned World War-II airstrip, for the proposed helicopter training facility.

Subsequently, the IAF told the state government that it required less extent of land and, accordingly 1200 acres has been identified for the project.

"About 300 acre of this parcel of land will be given to Airports Authority of India for civilian aircraft operations and the rest to the IAF for the helicopter training facility," a senior bureaucrat in the revenue department said.

The IAF intends to set up the drone manufacturing facility in Anantapur district since it is close to the Yelahanka Air Base near Bengaluru. The project cost and other details are being worked out.

Meanwhile, the IAF has sought land at Suryalanka in Guntur district to expand the existing Air Force Station. It has also sought allotment of land in Nellore and Bhogapuram (where an international civilian airport is proposed) for the Air Force Enclaves.

The chief minister directed Infrastructure and Investments Principal Secretary Ajay Jain to coordinate with the IAF on this.