Donald Trump said US remains committed to strengthening its ongoing relationships with Asian and Pacific partners. 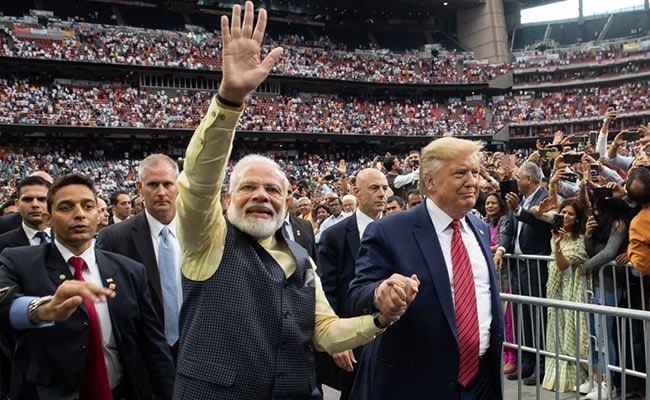 US President Donald Trump has said his historic first official visit to India in February reaffirmed the commitment of the two countries to build a comprehensive global strategic partnership grounded in shared interests and common purpose.

In a proclamation issued on the occasion of Asian American And Pacific Islanders Heritage Month, 2020, Trump said the US remains committed to strengthening its ongoing relationships with Asian and Pacific partners.

"Last year, I was proud to stand alongside Indian Prime Minister Narendra Modi at an event in Houston, Texas, and earlier this year I made my first official visit to India as a demonstration of our nations' enduring friendship with one of the world's largest and most diverse countries," Trump said on Wednesday.

"During this historic visit, I had the honour of speaking about the importance of the relationship between our two countries before more than 110,000 Indian citizens," he said referring to his joint address with Prime Minister Narendra Modi at the Motera Stadium in Ahmedabad.

"The visit also reaffirmed that India and the United States are committed to building a comprehensive global strategic partnership grounded in shared interests and common purpose, benefitting both of our countries," Trump said.

The president made his maiden visit to India in February.

Donald Trump said that during Asian American and Pacific Islander Heritage Month, the country celebrates the indelible mark the people from this community have left on America's culture and pays tribute to the myriad ways in which they continue to strengthen the nation.

"This month, we recognise the more than 20 million Americans of Asian and Pacific Islander descent who make irreplaceable contributions to our nation's economy, security, and culture," Trump said.

He said the US is grateful for those who have served and are currently serving in our Armed Forces, and those serving their communities as first responders.

"Together, we will continue to live out the promise of our founding and build a better future for all Americans," Trump said.