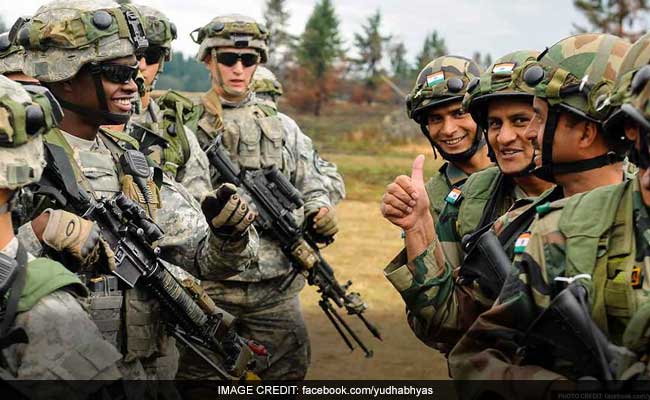 Indian and US soldiers participate in Yudh Abhyas 2015. (File Photo)

New Delhi: The Indian Army and the US Army kick off their latest round of joint training exercises in Chaubatia, near Ranikhet in Uttarakhand tomorrow. Called the 'Yudh Abhyas' or war exercise, it is part of one of the longest running joint military training exercises between the two countries.

This is the 12th edition of the exercises, which are held alternately in each country.

The 2016 exercise simulates a counter terrorism and counter-insurgency scenario in mountain terrain under a United Nations mandate. The exercises will last two weeks and feature 225 personnel from each side. 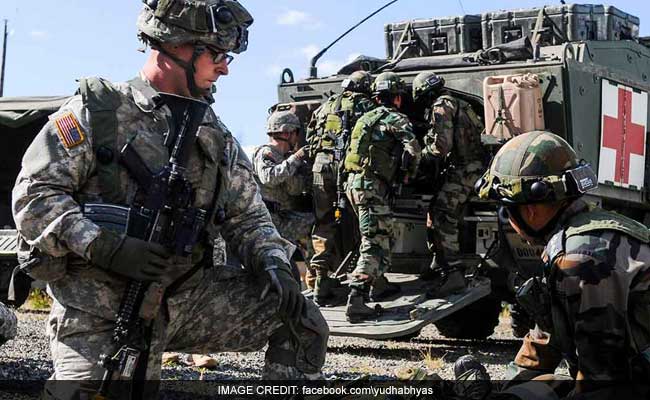 Soldiers attend to the wounded before loading them on a vehicle during Yudh Abhyas 2015. (File Photo)

The exercise curriculum ensures that soldiers first get familiar with each other's organisation, weapons, equipment and tactical drills. Subsequently, Indian and US soldiers will participate in joint tactical exercises involving the battle drills used by both armies. Finally, the exercises will graduate to a joint operation against terrorists in what the Indian Army describes as a "fictitious but realistic setting."

Promoted
Listen to the latest songs, only on JioSaavn.com
India and the US have extensive military exercises every year. A few months ago, the Indian Air Force sent its fighter jets to Alaska to participate in the multi-national Red Flag aerial exercises.

The Navies of both countries conduct their annual Malabar series of exercises which has recently included the participation of Japan as well.