'Nirbhay' can also carry warheads of up to 300kg, including nuclear weapons and is a potent weapon of offence. Pakistan has already inducted a cruise missile in its arsenal. 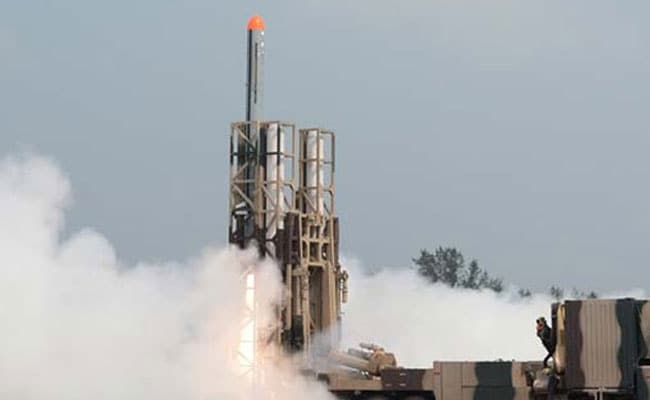 'Nirbhay' took off from launch complex-3 at Chandipur near Balasore on Tuesday.

Balasore: India successfully test fired cruise missile 'Nirbhay' today which can travel at tree top level and evade Radars - an object-detection system that uses radio waves to determine the range, angle, or velocity of objects. It can also carry warheads of up to 300kg, including nuclear weapons and is a potent weapon of offence. Pakistan has already inducted a cruise missile in its arsenal.

The 1500 kilogram missile has a length of about six meters and flies like a conventional plane powered by an engine and has small wings. Once the missile achieves a designated altitude and velocity, the booster motor is separated and the engine automatically switches on taking further propulsion. The missile's wing opens up mid-way in its flight by the commands generated by the sophisticated on-board computer for stabilising the flight path.

'Nirbhay' is to be tracked with the help of ground based radars and IAF aircraft all along its trajectories from the lift off to splash down.

The cruise missile took off from a specially designed launcher from the launch complex-3 of the Integrated Test Range or ITR at Chandipur, near Balasore, at about 11.20 am, Defence Research and Development Organisation or DRDO sources said.

"All initial critical operations of the trial such as blast of the sophisticated missile are successful as it moved up in its trajectory," a DRDO scientist said.

Out of the four earlier trials since its maiden launch in 2013, only one had been successful while two were declared as failures. The result for one of the tests was never declared. This is the fifth test of the cruise missile. The maiden test flight of 'Nirbhay', held on March 12, 2013, had to be terminated midway for safety reasons due to malfunction of a component.

All these trials were conducted from Chandipur base along the Odisha coast.