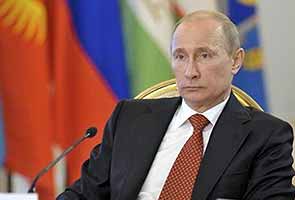 New Delhi: Russian conglomerate Sistema has warned India that a lack of progress in a dispute over telecoms licenses is putting bilateral relations at risk ahead of a visit by President Vladimir Putin later this month.

The dispute is already an issue in Moscow's dealings with India, a key ally since the Cold War and a major client for Russia's weapons systems. Deputy Prime Minister Dmitry Rogozin raised the case when he visited India in October.

The delayed delivery of an aircraft carrier to India is another point of tension between the traditional allies.

"Failure to resolve this case could threaten India's broader diplomatic interests with Russia and standing in the global business community," the company said in a strongly worded letter sent to the government and seen by Reuters.

In the letter, Sistema said that unless there was a quick solution, the dispute would overshadow Putin's visit.

"(It) is certain to distract the participants from other pressing bilateral issues," said the letter, signed by Sistema's General Counsel Anya Goldin.

Sistema's venture in India is 17 per cent-owned by the Russian government, and the company says it invested $3.2 billion before India' Supreme Court in February ordered the government to cancel the licenses in reaction to a corruption scandal.

Sistema, which has investments in companies ranging from telecoms to oil, challenged the court order and wants the government to find an alternative solution to avoid international arbitration.

"We understand this is a major issue for them," an Indian government official told Reuters. The official confirmed the government had received the letter, dated December 6.

In response, several Indian officials will meet Sistema on Tuesday, the source said, but reiterated the government position that the case was a matter for the courts.

Another official said the government was in dialogue with the company but that there was no easy solution.

In February, Sistema sent a notice to the Indian government citing a bilateral treaty between India and Russia and asked India to "amicably settle" the dispute in six months. Sistema had said it had the right to approach an international tribunal and seek damages if the dispute was not resolved.

Promoted
Listen to the latest songs, only on JioSaavn.com
"The right of arbitration, nobody can take away from them," said the Indian official, who accepted the dispute could feature in Putin's visit on December 24.

Putin postponed a visit to India that was widely expected in early November, shortly after Rogozin's trip. The cancellation was blamed on scheduling issues.
© Thomson Reuters 2012