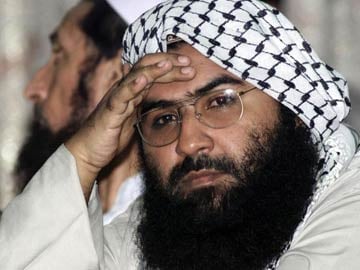 New Delhi: India has slammed Pakistan for allowing terrorist Masood Azhar, accused of planning the brazen attack on the Indian Parliament in December 2001, to address an anti-India rally in late January.

Soon after Pakistan's foreign office sought to play down as a "one time event" reports that Azhar had called for "jihad" or holy war against India at the rally, New Delhi said, "Once is once too many times...We have zero tolerance for terrorists."

The Ministry of External Affairs said it was "concerned that a terrorist who is banned is able to spew venom on India," pointing out that Azhar's Jaish e Mohammad is "a terrorist organisation banned by India, the US and more importantly by Pakistan."

Masood Azhar, 45, was one of three terrorists released by India in 1999 in exchange for the hostages of the hijacked Air India flight IC-814. He went on to form the Jaish e Mohammad or Army of Mohammad and was soon banned by Pakistan and the US.

He was named as the prime suspect in a 2001 Parliament attack. Tension spiralled and up to a million troops were mobilised on both sides of the volatile border. Pakistan refused to hand over Azhar to India.

The portly and bearded cleric had remained mostly confined to a compound in his home city of Bhawalpur in Pakistan's Punjab province for years. Earlier this week, however, Reuters reported that he had addressed a rally by telephone in Muzaffarabad, saying the time has come to resume jihad against India. (Read: Pakistan militant Maulana Masood Azhar resurfaces, ignites fears of attacks)

"There are 313 fidayeen (fighters who are ready to die) in this gathering and if a call is given the number will go up to 3,000," Azhar he told the rally. A Reuters journalist who was present said a telephone was held next to a microphone which broadcast his comments to loudspeakers. Azhar spoke from an undisclosed location.

Promoted
Listen to the latest songs, only on JioSaavn.com
Twice since the end of December, authorities have issued an airport security alert, warning of an attempt by members of his militant group to hijack a plane, with smaller airfields most at risk.

Intelligence analysts have described Azhar's resurgence as part of a change in tactics in Pakistan as US forces withdraw from Afghanistan this year, and as Islamabad tries to clamp down on Islamic insurgents who oppose the Pakistani government.