The country received 109 per cent rainfall of the Long Period Average (LPA) with three of four months witnessing above normal rainfall. 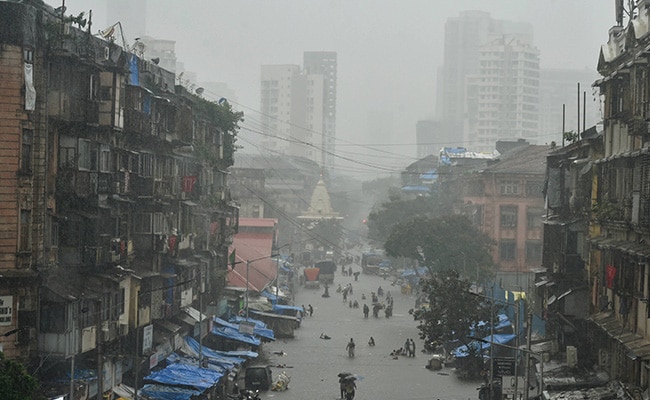 The monsoon season in India officially starts on June 1 and lasts till September 30. (File)

The country received above normal monsoon rainfall during the four-month season for the second consecutive year and recorded the third highest precipitation in the last 30 years, the India Meteorological Department (IMD) has said.

The country received 109 per cent rainfall of the Long Period Average (LPA) with three of four months -- June (118 per cent), August (127 per cent) and September (104 per cent) -- witnessing above normal rainfall, while July recorded (90 per cent) deficient rainfall. Generally, maximum rainfall is received in July and August.

The monsoon season in India officially starts on June 1 and lasts till September 30.

Good rains have boosted sowing of the kharif crops which farmers have sown in record 1,116.88 lakh hectares till last week as compared to 1,066.06 lakh hectares a year ago, according to the Agriculture Ministry's data.

The IMD has four meteorological divisions. Of the four, the east and northeast India, central India and south India have received above normal rainfall. The northwest India division has recorded deficient rainfall.

The monsoon made an onset over Kerala on June 1, its normal annual onset date. Its timely onset was also aided by cyclone Nisarga. The monsoon covered the entire country by June 26, 12 days ahead of its normal date of July 8.

The withdrawal was also late. It retreated from west Rajasthan and parts of Punjab on September 28, 11 days after its normal withdrawal date.

One of the main features of the monsoon was the rainfall in August. The month saw five low pressure areas (cyclonic circulations) that brought large amounts of rainfall over central India.

The total number of low pressure days was 28 against the normal of about 15 in August.

"It caused 2-3 spells of riverine floods over Odisha, Telangana, Madhya Pradesh, south Gujarat and south Rajasthan. As a result, it was a record rainfall in August 2020, when all-India rainfall was 127 per cent of LPA. It is the highest in the last 44 years, after August 1976 (128.4 per cent) of LPA. It is also the fourth-highest in the last 120 years," Mr Jenamani said.

Skymet Weather, a private weather forecaster, said Saurashtra and Kutch, a drought-prone region, recorded the highest rainfall in the last one decade (excess of 126 per cent), while Mumbai (Santacruz) recorded seasonal deluge of 3,687 millimetres against the normal of 2,206 mm. Delhi recorded rainfall of 467.7mm only with a large deficiency of 20 per cent, it said.