India, Namibia Decide To Iron Out Issues Over Uranium Supply 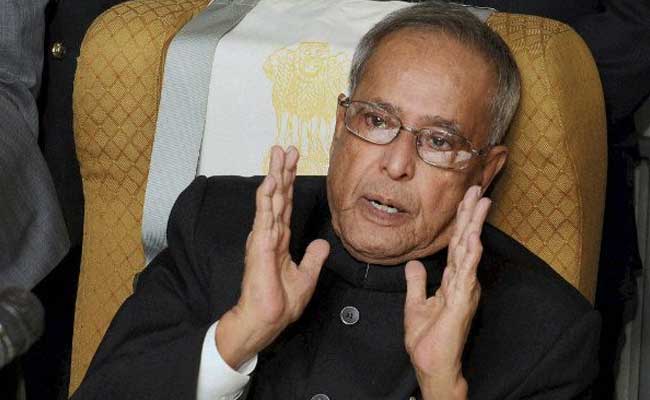 President Mukherjee conveyed to the Namibian President that India despite being a non-NPT signatory, has entered in nuclear fuel supply arrangements with 12 countries. (File Photo)

Windhoek: India and Namibia on Thursday decided to iron out issues which are impeding supply of uranium from this resource-rich African country as President Pranab Mukherjee held talks with his Namibian counterpart.

India will send a joint technical team of atomic energy experts to Namibia to resolve issues which are impeding supply of uranium to India from Namibia, the world's fourth largest producer of uranium.

The issue came up for discussion during bilateral talks between President Mukherjee and Namibian President Hage G Geingob.

President Mukherjee conveyed to the Namibian President that India despite being a non-NPT signatory, has entered in nuclear fuel supply arrangements with 12 countries.

The Namibian side then expressed the desire to study those arrangements, Secretary Economic Relations Amar Sinha told reporters here while giving details of the talks.

He termed it as a "positive move" that Namibia is ready to engage with India on the issue. India had signed a treaty with Namibia in 2009 for the peaceful nuclear energy use but it is yet to be implemented.

Mr Sinha said Namibia expressed "strong wish" to implement it. The Namibian side said minerals in their mines do not get them revenue, according to Mr Sinha.

The Indian team that will visit here will explain to Namibia the technical and economical details of the arrangements with other countries and how an agreement can be reached between the two sides regarding the supply of nuclear fuel for peaceful uses.

One of the suggestions given by the Namibian side was to let an Indian company mine the fuel but it is yet to be evaluated.

"We will have to see if in this arrangement, Indian company will be allowed to access the excavated uranium. It is too early," an official said.

Namibia despite being one of the largest producer of uranium and having a treaty with India for peaceful use of nuclear use does not supply the fuel to India because of Palindaba treaty among African Union countries which bars exports of the element to non-NPT signatories.

"Regarding uranium, there is a proposal which has been pending at their end basically because of African Union decisions. Whether we can move them along, in terms of becoming a supplier of uranium for us that is one of the key objectives that we have there," Mr Sinha had said in Delhi.

Namibia strongly endorsed the candidature of India for the UN Security Council membership, saying the reforms in the UN are pending for 20 years and should now be brought in as early as possible.